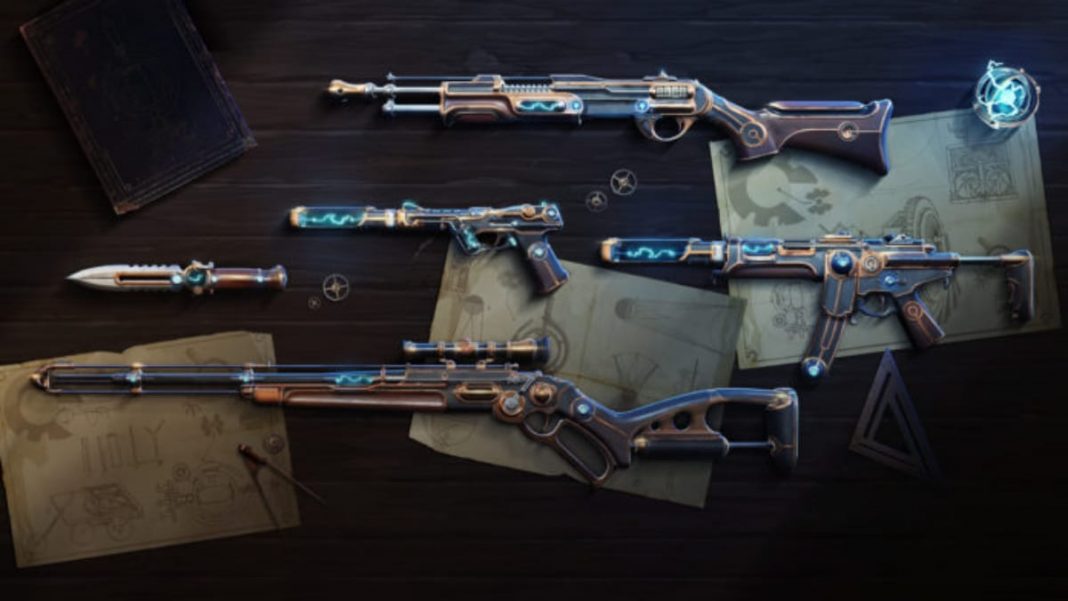 The new ‘Magepunk’ skin bundle has been leaked by dataminers on Twitter ahead of its actual release. While no official announcement has been made by Riot Games about this bundle, fans are already hyped to know more about what the Valorant devs have in store for them.

What Is Magepunk Bundle?

The Magepunk skin bundle features a blue metallic finish with several variants. The collection will also feature unique upgrades to the weapons across 4 levels, as leaked by popular Valorant dataminer ‘@ValorLeaks’ on Twitter.

The bundle will contain skins of the following Valorant weapons:

According to the leaks from ‘Valor Leaks’ on Twitter, the following effects will be added to the skins on leveling them up:

Level 3: Animations and exposed glass components, through which electricity visual effects are visible

Riot Games hasn’t confirmed the release date of the bundle as of yet. However, fans can expect the Magepunk skin bundle to hit Valorant’s in-game store on April 1st.

According to the leaks, the price of individual skin expected to be 1,775 VP while the bundle price will be around 6,734 VP. The bundle will also include a Player Card, a Spray, and 2 Gun Buddies.