He also got the Padma Bhushan, India’s third-highest civilian honour, back in 1956. The Indian PM stated that the decision was taken after numerous requests from the country. Former Indian hockey captain Ajitpal Singh, sports minister Anurag Thakur and many others welcomed the move.

2021 remains a significant year in the history of Indian hockey. On Thursday, August 5, the Indian men’s hockey team won the Olympic bronze medal after a medal drought of 41 years since 1980. The women’s team also punched above its weight, finishing fourth.

On Friday, August 6, Great Britain defeated them in the bronze medal match. Rani Rampal and Manpreet Singh have taken Indian hockey to greater heights since the forgettable year back in 2008.

#1 When did the award come into existence?

The award came to the fore in the year 1991-92 and was given to the best sportsperson of the year. The laurel comprises a medal, a certificate and a cash prize worth INR 25 lakh.

#2 Who was the first recipient of the award?

Viswanathan Anand, India’s legendary chess player, was the maiden recipient of the award. He got the award back in 1991-92. The 51-year-old has also won the Padma Bhushan, Padma Shri and many other awards.

#3 Has any player won the award twice?

Pankaj Advani is the only sportsman in India to win the award for two sports- Billiards and Snooker. The 36-year-old also got the Padma Bhushan and many other awards in his career.

Back in 2020, as many as five Indian sportspersons got the award. Mariyappan Thangavelu (Para-Athletics), Rohit Sharma (Cricket), Rani Rampal (Hockey), Vinesh Phogat (Wrestling), and Manika Batra (Table Tennis) were awarded the honour.

#5 Who was the youngest recipient of the award?

Abhinav Bindra, the enigmatic Indian shooter, was the youngest recipient of the award. He got the award in 2001 at the age of 18. In the 2008 Beijing Olympics, the shooter would go on to grab India’s first individual gold medal in shooting. 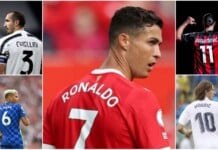 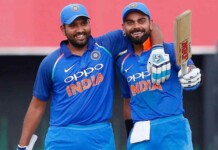 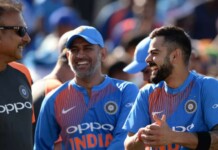