by Tanmoy Paul
in Badminton 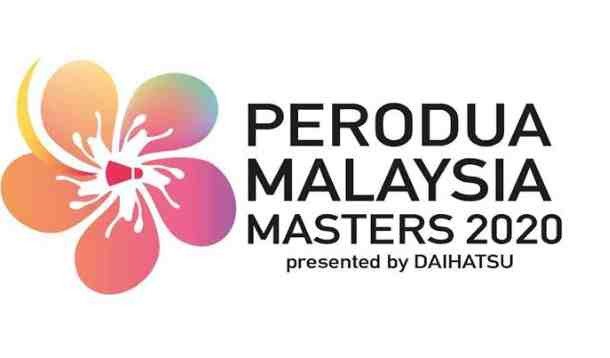 As New year started, Badminton season is coming up. First BWF world tour 500 event of 2020 season, Malaysia masters 2020 is going to start at upcoming 7th January. Here, we give preview of men’s singles category in this event.

No doubt, World ranked 1, Japanese giant Kento Momota is clear favorite to win title of men,s singles category in Malaysia masters 2020 event. In BWF latest ranking, Kento Momota is well ahead by 31370 points as compared to 2nd placed Chou Tien Chen. In last year, Kento Momota won record 11 title. So, he would like to maintain his glorious run in 2020 season .

8th seed Anthony Sinisuka Ginting will start his campaign against Sitthikom Thammasin in 1st round match. If he overcome this hurdle, he will face winner between badminton legend Lin Dan and Jan O Jorgensen in 2nd round match.

Badminton legend Lin Dan possibly passed his prime time. Now, he is in his own shadow of his glorious days. Lin Dan will face another experienced player ,former world ranked 2, Jan O Jorgensen in 1st round match.

In bottom half of the draws, Chou Tien chen will face Kidambi Srikanth, who is struggling off late. This event is very important for Kidambi as he would be looking for some crucial points, which would play a big role to qualify for Tokyo Olympics. No doubt that he has quality but and lacking consistency in last few months due to injury layoff. So from Indian perspective it will be a good game to watch out.

Winner between Chou Tien Chen and Kidambi srikanth will face Ng Ka Long Angus in 2nd round match. Ng Ka Long Angus will face a qualifier to reach 2nd round. Highest ranked Indian in BWF ranking list in men’s singles category, Sai Pranneeth B got decent draw. He will face Rasmus Gemke in 1st round match. If Sai he edge past Rasmus Gemke hurdle, he would face winner of Asian games 2018 edition, 6th seed Jonatan Christie to reach quarterfinal.

Kento Nishimoto will face a qualifier to reach 2nd round. Current Olympic champion, 4th seed Chen long will face former world ranked 1, Son Wan Ho in 1st round match. The match between Chen long and Son Wan Ho is going to be interesting one. Both players have enough experience and having never say die attitude.

In qualification stage, three Indians will fight it out for main draw. Teen sensation Lakshya sen along with Subhanker Dey and Saurabh Verma will look to book their place in main draw. Lashya Sen will face former world ranked 8, Hans-Kristian Solberg Vittinghus in 1st round qualification match. If lakshya sen overcame Hans-Kristian Solberg Vittinghus hurdle, he will face winner between Khosit Phetpradab and Heo Kwang Hee to reach main draws.

As we are now in Olympic year, we will see everyone fighting it out to improve their Olympic rankings. No doubt, badminton fans is waiting to see the battle. From the Indian point of view there are eight shuttlers in top fifty ranking and will look to raise the bar.