Home Football Manchester City extend lead to 15 points with a 4-1 win over... 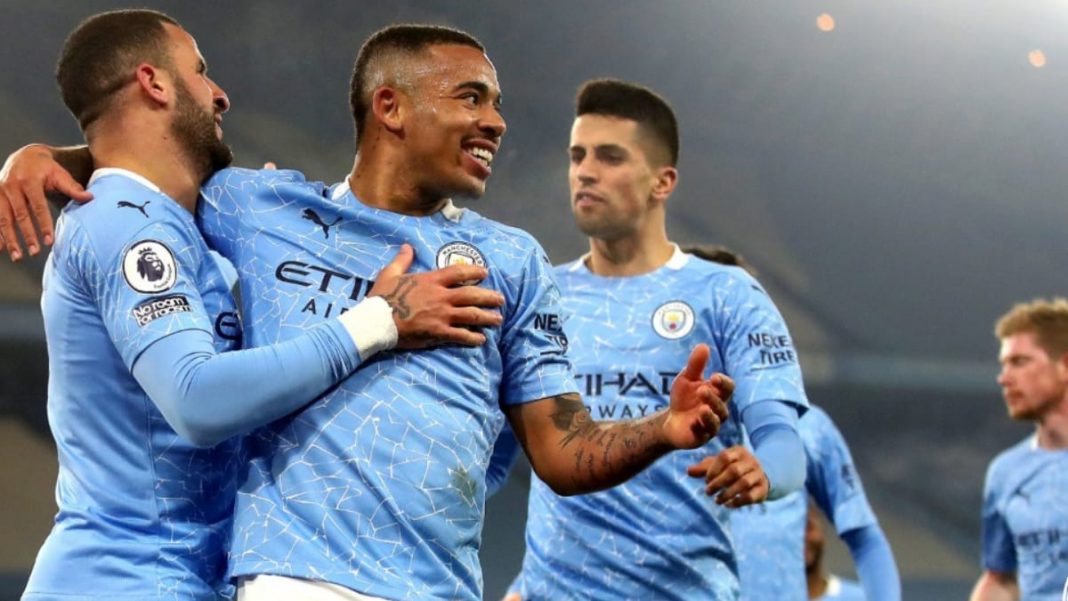 Manchester City defeated Wolves 4-1 to extend their lead to 15 points ahead of the derby later in the week. With this victory they maintained continued their 20 match run in all competitions.

An own goal from Dendoncker, a brace from Gabriel Jesus and a goal from Riyadh Mahrez helped City claim all 3 points in the match. The 4-1 score-line doesn’t do justice to the effort put in by the Wolves team as the game was deadlocked till the 80th minute.

It is impressive how Guardiola continues to draw such performances from his players in a hectic schedule.

“The record, we will talk about in the future,” he said. “In winter time – November, December, January in England – it is hell.

“There are 33 points to play for – to win the Premier League we need more points. Manchester United. That’s all we care [about now]. Tomorrow our opponents will play, we have one or two days off and then prepare.”

Pep Guardiola has said that his team will not sit on their laurels and will continue to put more effort into their next games. Next up is the big Manchester derby and a win will allow them to move 18 points clear at the top.

“Manchester United. That’s all we care [about now],” he told BT Sport.

“The champions are Liverpool, the crown belongs to them. We are in the best position right now to take them out and we are going to try, but they are the champions.“

“We have one or two days to rest and I realise how strong they are,” Guardiola said of United. “It’s an incredible opportunity to make a huge step and we are going to try.”