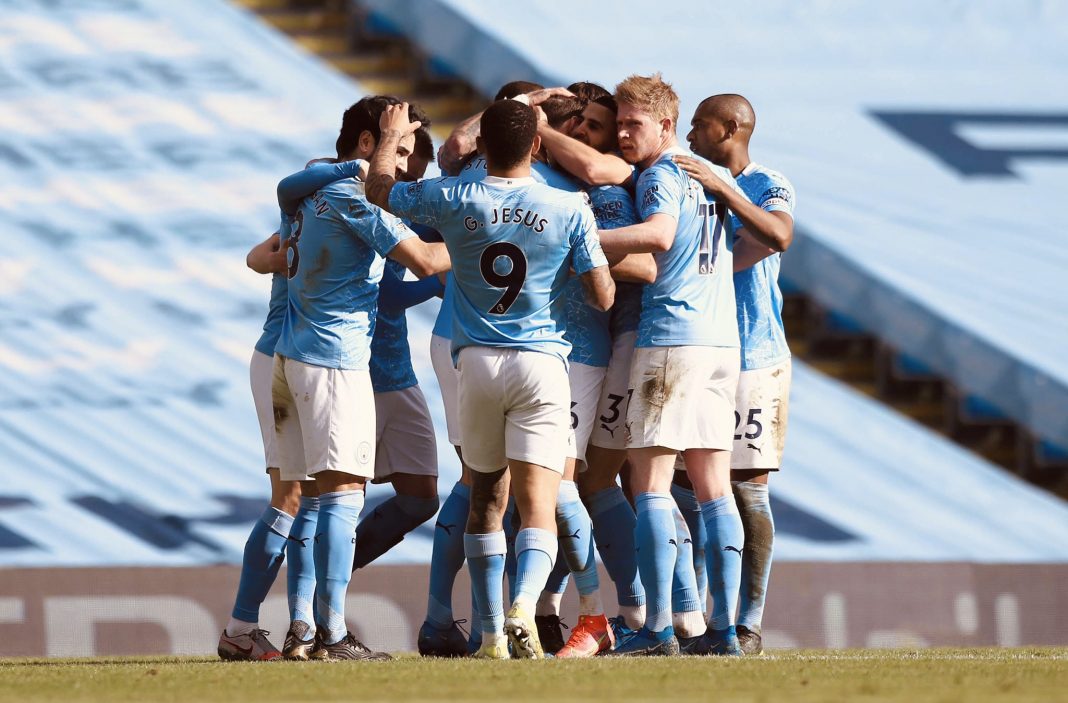 Manchester City’s winning streak continued against the Hammers in the Premier league as they defeated West Ham 2-1. Pep Guardiola registered the 500th victory of his managerial career with top-tier clubs and set an English top-flight record for the shortest time to reach 200 wins.

Ruben Dias and Stones scored the 2 goals and has probably justified Guardiola’s heavy spending on defenders in the previous seasons. However, Michail Antonio’s strike in the first-half broke City’s streak of seven consecutive clean sheets at home in all competitions.

Pep Guardiola registered his 500th win of his managerial career

Ruben Dias scored at the half-hour mark to give City a deserving lead from another Kevin De Bruyne assist. This was his 11th assist in the league and made him joint-top of the assist charts with Kane.

Riyad Mahrez jinked and dodged around the West Ham defence just inside the penalty box before driving a low, hard cross to Stones who just had to steer it towards the goal. After the win Guardiola felt City’s 20 game winning run may be up there with their greatest-ever feats.

“In this period, in this era, with this situation, to be able to do 20, maybe it is one of greatest achievements we have done in our careers, for sure.

Guardiola also acknowledged the fight put up by David Moyes’ side are still in the Top-4 despite the defeat.

“It was really difficult. They have the physicality,” Pep Guardiola said after the game.

“After 10-15 minutes today we realise we are not going to paint anything beautiful. Second half we were much better than the first half. When you play a lot of games, in the league and then the Champions League, this is normal.

“We were lucky to get all three points. The mathematics matter at the end of the season.”

Also Read : FC Barcelona move closer to Atletico with a 2-0 victory over Sevilla