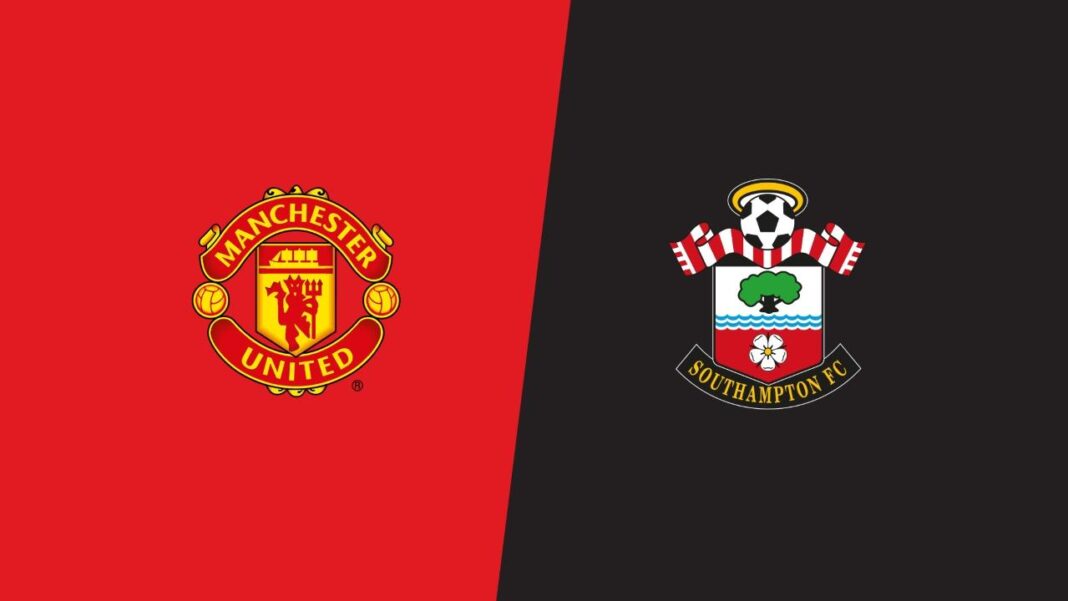 Manchester United looked on to be going third in the Premier League table until Southampton’s forward Michael Obafemi scored a late 96th minute dramatic goal to equalise the tie 2-2.

United had a golden opportunity to move on to a place in the top 4 for the qualification of Champions League after Chelsea and Leicester both were thrashed this weekend.

Ralph Hasenhuttl Southampton side started strong early on. Southampton took the lead in the 12th minute of the first half. Daniel Ings won the possession after closing down Paul Pogba finding Nathan Redmond who lifts a left-footed cross to Stuart Armstrong at the back past who controls down and immediately finishing with a well-struck shot past United’s No 1 David de Gea.

Martial and Rashford should have ended things for Southampton in the opening moments. Rashford goal was ruled-off by VAR in the 17th minute, after the winger was found to be offside.

Later, Martial took the lead just after 3 minutes from United’s first. Pogba and Fernandes combined to find the French in space on the left, Martial drifts inside and thumps a right-footer shot into the top-left corner making it 2-1.

Surprisingly, Southampton had a better percentage of possession during the match and which forced United on the backfoot in the second half.

United were down to 10 men in the closing minutes of the match. Southampton took advantage as Michael Obafemi scored a superb late dramatic goal in the 6th minute of added time. The substitute for Southampton gets ahead of Lindelof to flick Bednarek’s header into the net from Ward-Prowse’s corner in the dying moments of the match.

Currently, United are unbeaten in 18 matches in all competitions coordinating the equivalent unbeaten run from 2013 under Sir Alex Ferguson.

United hold on to fifth place with 59 points along with Leicester in fourth, who they play on the final day of the season.

While Southampton are now four matches unbeaten and they remain in 12th place, level on 45 points with Everton.

Manchester Utd will travel away to take on Crystal Palace and later 3rd placed Chelsea. Solskjaer’s troops are fighting for the spot in the Champions League after City ban was lifted earlier today.