Delhi Capitals (DC) were put under pressure throughout the first innings of Chennai Super Kings’ (CSK) innings during the two team’s match against each other at the Wankhede Stadium in Mumbai. DC got off to an excellent start by sending back both openers – Faf du Plessis and Ruturaj Gaikwad thanks to Avesh Khan and Chris Woakes. It was then that Moeen Ali and Suresh Raina came together.

The left-handed duo upped the ante and kept the scoreboard ticking. The DC spinners Ravichandran Ashwin and Amit Mishra were taken on and dealt with brutally. Even after Ali’s dismissal, Raina continued and got to his fifty. There was then some fine hitting at the death from Sam Curran and Ravindra Jadeja who took CSK to a score in excess of 188, marking a welcome change from their displays last season.

In the 13th over of CSK’s batting innings, Marcus Stoinis was called in to bowl in order to halt the side’s progress and hopefully pick up a wicket or two. However, he started off in woeful fashion by bowling a no-ball due to height which was hit for a six by Ambati Rayudu. Off the next ball, the Aussie all-rounder bowled an excellent slower ball that completely deceived the batsman who could not get bat to ball.

However, the ball hit Rayudu’s ribs and started running away to the boundary. Amit Mishra was the one who went chasing after the ball. However, his effort look too half-hearted as seemed to be jogging to the fence instead of making an active attempt to field it. Bowler Stoinis was not impressed with the effort at all and the same was caught on camera. 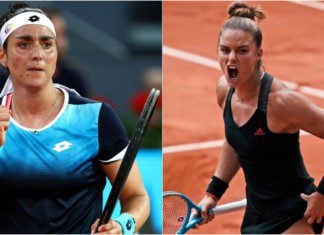