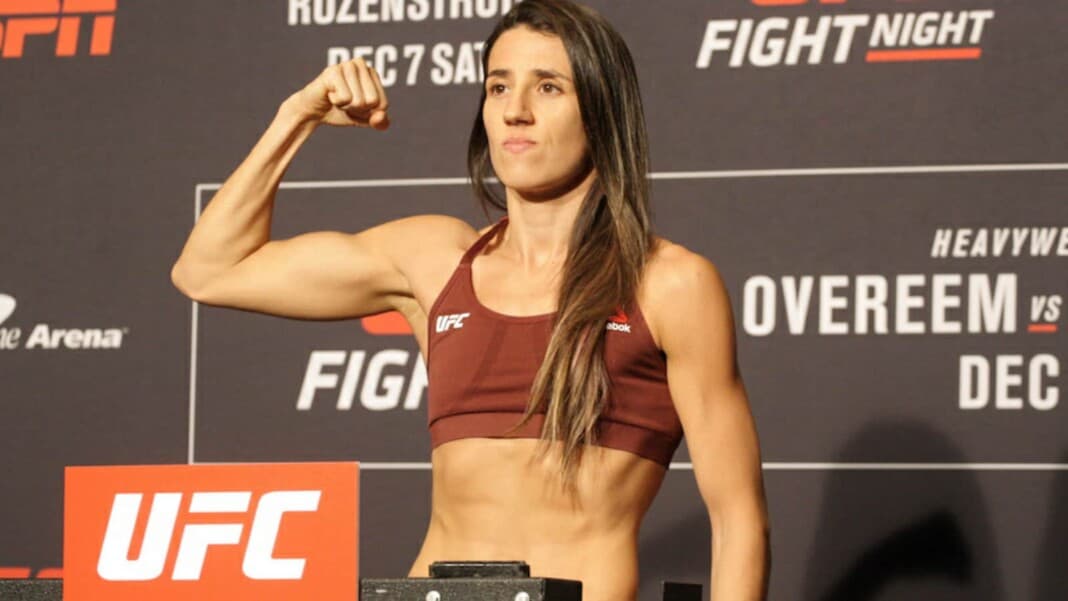 UFC women’s strawweight fighter, Marina Rodriguez believes she is very close to getting that title shot. She is fighting MMA veteran Michelle Waterson at UFC Vegas 26 this weekend. She will be fighting in a weight class above her usual at flyweight in the main event of UFC Fight Night.

Marina Rodriguez believes she can take over Michelle Waterson and then fight for the strawweight title. She is coming off an impressive victory against Amanda Ribas at UFC 257. Marina won the bout via KO in the second round. The strawweight fighter has a record of 13-1-2 in her career and is very confident in her abilities.

“After winning this fight, I believe I am very close to a title shot. I might have to beat one of the Top 3 first — Yan (Xiaonan), Joanna (Jedrzejczyk), or Zhang (Weili) — but it depends a bit on who the next challenger will be. That will determine quite a lot about my near future. But if none of them are up to fighting Rose, I know I am,” Rodriguez said to UFC.com.

Will Marina Rodriguez get a title shot next?

Marina Rodriguez might not be completely over her head thinking about a title shot. The strawweight belt is now with Rose Namajunas. Rose recently won the title against Zhang Weili. There are many options right now at the strawweight division. Joanna Jedrzejczyk and Tatiana Suarez are some of the main candidates who might get a title shot before Marina though.

But Rodriguez seems to be aware of that. The strawweight fighter is looking to get a big win against the former Invicta atomweight champion. But a victory against Michelle Waterson will surely see Marina Rodriguez climb up the ranking ladder and see herself in the top of the division.

Also read: “You go where they’re gonna pay you good”: Mohammed Usman explains how Kamaru Usman advised him to pick PFL over UFC

“It’s hard to not feel for Diego,” says Angela Hill as she defends Diego Sanchez’s efforts to stand up for himself