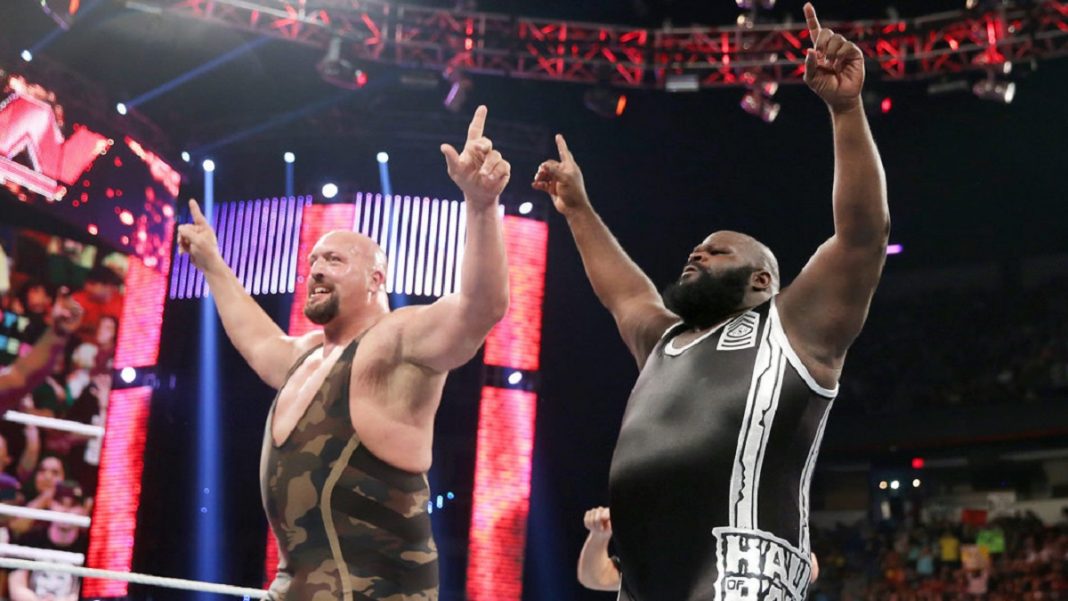 The World’s Strongest Man, Mark Henry was last seen inside the ring at the Greatest Royal Rumble PPV, 2018. Since then he has made a few WWE TV appearances, but none of them were during a match. But Henry is planning to return to the ring for one more match.

Mark Henry recently revealed that he plans to make an in-ring return in the next six months. He revealed that he is in great shape, and is lighter, which is helping him train better for his return.

Henry has even thought his probable opponent for the match. While appearing on an episode of Busted Open Radio, he revealed that he could face Randy Orton. Fans might remember, that Orton had insulted Mark Henry during the Raw Legends Night episode.

“Now, I’m walking on two feet, and I’m 325 pounds. I’m lighter, trimmer than I’ve ever been, and I plan on having a match sometime in the next six months. I just want to have one match, and if Randy is the guy, then so be it.”

Henry explained that the real reason for him wanting to make an in-ring return is that he wants to match The Big Show’s record. Big Show currently holds the distinction of wrestling in four different decades. Mark Henry has done it in three till now.

Henry revealed that Paul Wight, formerly known as Big Show, is like a brother. He always wanted to replicate Show’s accomplishments. Henry even reacted to the news of Wight joining WWE.

“That’s my brother man, and as close to one I got in wrestling, and I love him, and I’m glad he landed somewhere he feels appreciated, and I hope that we can have him see him, you know, get his just due.”

Although Henry has not been seen inside the ring for a long time, he continues to shoulder the backstage responsibilities. The WWE Universe will undoubtedly be excited to see Henry back in the ring to face ‘The Legend Killer’.