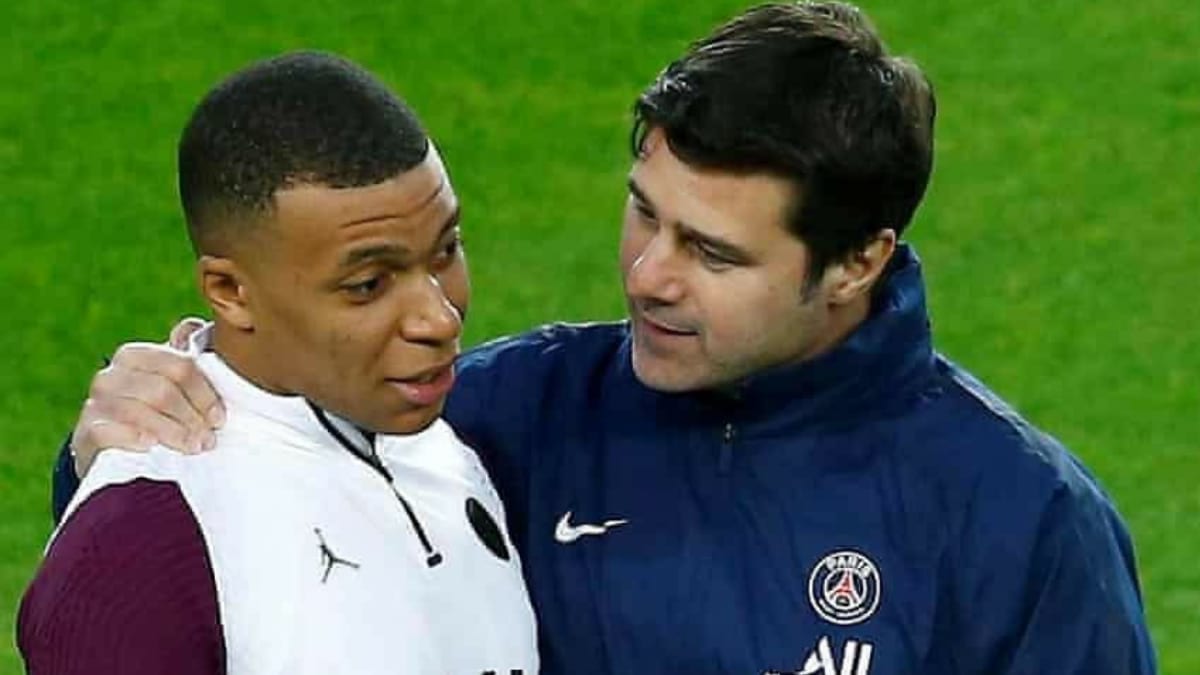 What did Mauricio Pochettino say about Kylian Mbappe?

After getting sacked by Tottenham Hotspur, Pochettino waited for an year to get back to the managerial role at a high profile club like Paris St Germain. Under the former Southampton boss, the French outfit has already won a domestic trophy and have staged a successful comeback in Ligue 1. PSG are a point behind Lille with four games remaining in the French top-flight.

Pochettino defeated Bayern Munich in the quarterfinals fixture to set up a semifinal game against Manchester City in the Champions League. Pep Guardiola will be all set to face former English Premier League rival on Wednesday at Parc des Princess. Ahead of the game, the manager applauded his players, specifically Kylian Mbappe.

Kylian Mbappe is yet to sign a new contract with the French outfit and Champions League runner-up and is linked with the likes of Real Madrid and Liverpool. However, pundits assess that the Mbappe’s friendship with the manager and Neymar might make him to commit his future to the Parc des Princess based outfit.

Willie Gay Jr. Girlfriend: Get to know about the controversial relationship status of Chiefs LB