Home Martial Arts UFC “I’m not here to kick a man while he’s down,” Max Holloway... 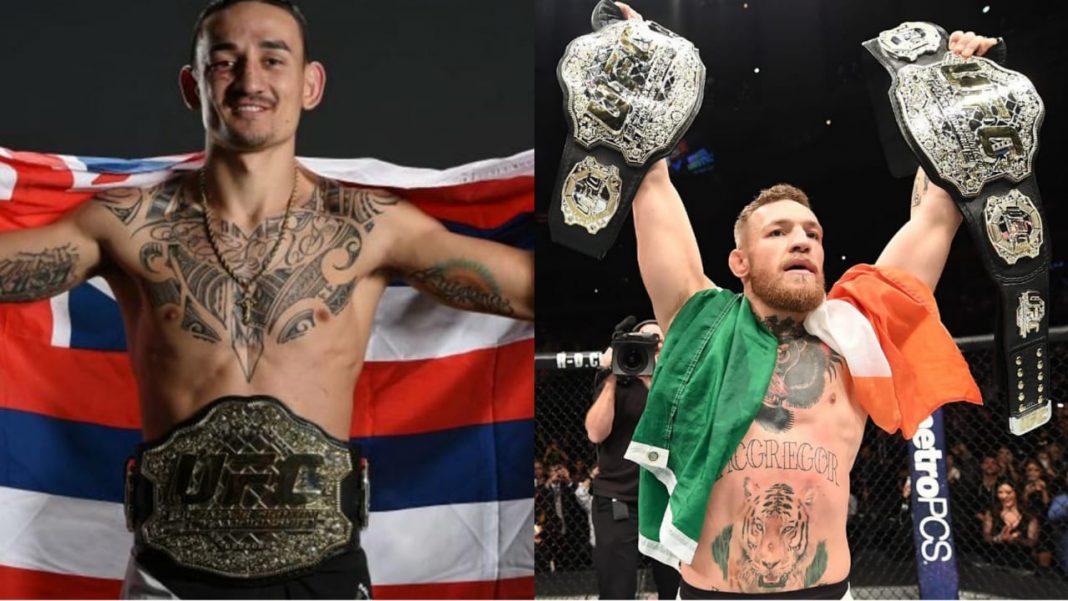 The former UFC Featherweight champion Max Holloway considered being taken out of the title equation after two consecutive losses against Alexander Volkanovski.

But ‘Blessed’ Holloway bounced back with a win against Calvin Kattar at UFC on ESPN: Holloway vs Kattar. In this fight, Holloway breaks his own record of most significant strikes in one fight and puts the division on notice.

While appearing on the latest interview on Food Truck Dairies, ‘Blessed’ spoke but this match again. Along with this he also wants to give Conor to recover from his loss against Poirier.

Holloway says, “I’m not here to kick a man while he’s down, but I think that fight with me and Conor is on a very short list with the UFC, If he was to win the fight with Poirier I think it would have been a little bit different, a little bit greater,”

“I think that fight would have happened, but we’ve got nothing but time. He’s not going nowhere, I’m not going nowhere, Build the man back up, I’m going to keep doing my thing, let him do his thing… The UFC, we had talks here and there about it. It’s on a very short list for the UFC and I’m just excited for it.”

Many of the UFC pundits believed that Calvin Kattar is going to be the toughest challenge for Holloway. But ‘Blessed Express’ passed with flying colors in that and he called this performance the best of his carrier.

Holloway added, “No, I think that was my best performance out there, We get better every time, right? That’s what we did. And to do it against a guy like Calvin Kattar who many hold him as one of the great boxers, not in our division but all of UFC.”

“Nothing but respect to him. But I really believe that was my best performance for sure… I just felt like I was untouchable in there”.