Home Martial Arts UFC “On paper, you put down my stats, no one’s gonna pick me... 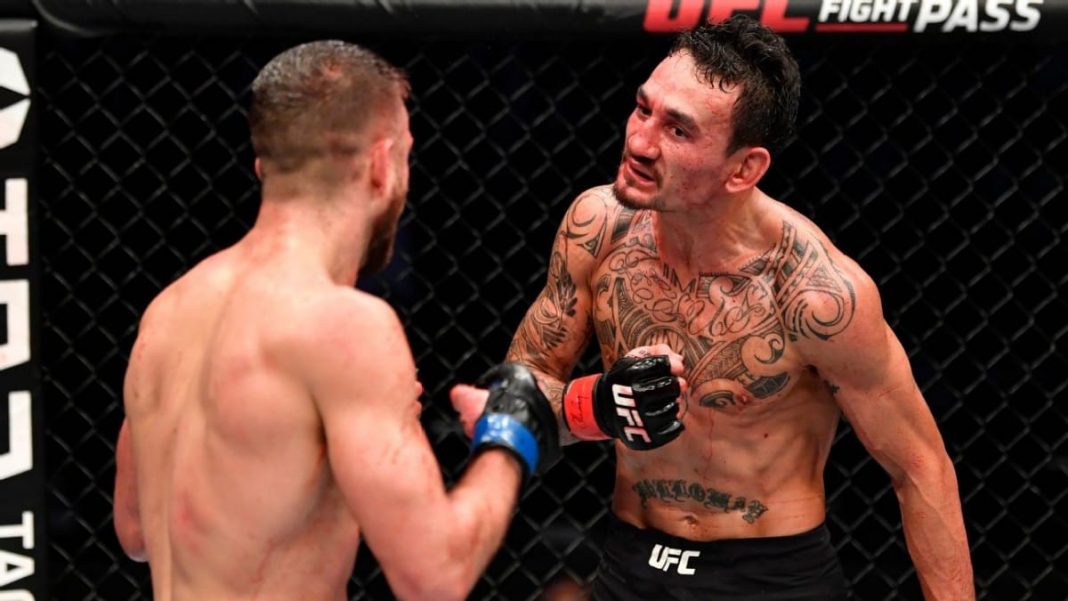 In his latest interview with Joe Rogan, Max Holloway talks about being the best amongst all the fellow Featherweight fighters. Holloway says, “On paper, you put down my stats, no one’s gonna pick me in a fight,”

“‘What the f—k is this guy? F—ng next!’ But then, there’s that mental part and that heart part that you can’t measure. And that’s that ‘Crazy Land’ part. People don’t know what the f—k ‘Crazy Land’ is.”

“Like, ‘F—k Crazy Land, this guy is great! And then you go in there and find out that most of the time, the guys with the passport to Crazy Land, they’re crazy. They figure it out.”

Holloway believes his mindset is the reason for his win

Max ‘Blessed’ Holloway is very well aware that many of his fellow fighters somehow holds victory against him but he believes it is his champion mindset that makes him different from others.

Holloway added, “There comes a point where like you’re pretty much good. Everything gets you by, you got here already. But now, the only thing different that’s gonna get you to the top 15 is mental,”

“And then from 15 to 10, the only difference between those guys is mental. And then from ten to five, same thing. And then from champion and everybody else, it’s a mentality thing. This has something to do with IQ. That’s the only thing that changed.”

“We’re all good. We’re all at the mecca of fighting. The UFC is where everybody wants to be. But what makes me a champion and you not? Something’s got to be it. You can lift more weights than me. If we’re the same weight class, you’re stronger than me, you’re faster than me.”

“What is the difference? I believe it’s that passport to Crazy Land, it’s that mental. I’m willing to do something that I don’t know if you even thought of doing, or if it’s presented to you, if you’re gonna take that chance.”