Stakes are higher than ever entering the Abu Dhabi Grand Prix as for the first time in 47 years, two drivers enter the final race with same number of points. Reports from the Formula 1 world suggest that Max Verstappen’s RB16 would receive fresh updates in the championship race against Lewis Hamilton. With chances of utter chaos happening this weekend, will this change be crucial in deciding the 2021 World Champion?

To those who are not aware now, Red Bull are likely to hand Verstappen a new update to aid his hopes of a maiden Drivers’ Championship triumph over Hamilton, according to Auto Motor und Sport.

The report claims that Sergio Perez tried a small adjustment to the floor of his car in Saudi Arabia, with Verstappen set to receive the same treatment at the next time of asking. The purpose of the change will be to reduce drag in order to aid straight-line speed and boost their chances of competing with Mercedes in terms of raw pace. However, there were said to be concerns in Saudi Arabia that the update was reducing grip through medium-speed corners.

It seems as though it could be a different story in Abu Dhabi, which requires a careful blend of power and agility to reach maximum potential. Red Bull will likely let Verstappen test out the update in practice in Abu Dhabi. Team principal Christian Horner told reporters on Sunday that he remains confident in Verstappen’s ability to display his title-winning credentials after a hugely impressive campaign to date.

“In Abu Dhabi they’ve changed the track again so it’s another variant to the circuit,” said Horner as per Express.Co.Uk. 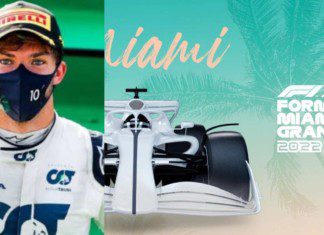 Justin P Joy - January 20, 2022
The 2021 Formula 1 season hosted a record breaking 22 races being one of the longest F1 season producing one the most intense dual...