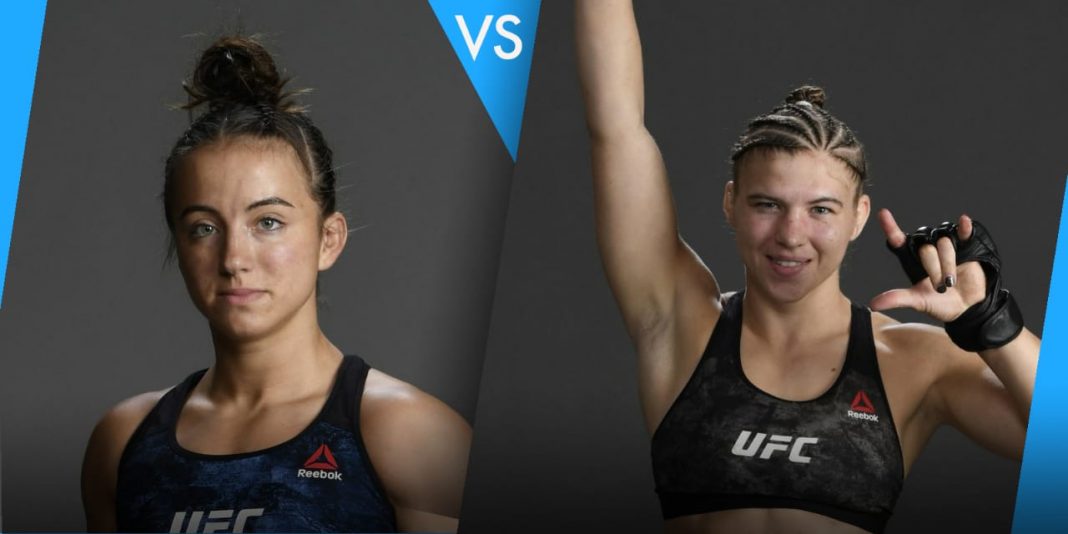 Maycee Barber and Miranda Maverick are two of the most prominent fighters in the UFC women’s flyweight division. The two fighters are set to square off for the promotion’s event on July 4. UFC President Dana White confirmed to ESPN the matchup on Tuesday. ESPN reported this news first.

Maycee Barber is one of the youngest fighters in the UFC. The 22-year-old is on a mission to become one of the greatest fighters of all time. The youngster is coming off a 2-fight losing streak. This includes defeat against Alexa Grasso at UFC 258 on February 14th. Maycee lost the bout via unanimous decision. Barber also failed to emerge victorious against Roxanne Modafferi ar UFC 246.

Meanwhile her opponent, Miranda Maverick started off her UFC career with a spark. The flyweight fighter defeated Liana Jojua via TKO at the first round at UFC 254. She is coming off two straight wins. Her last bout was against Gillian Robertson whom she won by a unanimous decision.

Though, Miranda had plans of fighting Valentina Shevchenko which unfortunately didn’t happen. But the fighter has to settle down with Maycee Barber. Barber believes that she is the future of UFC women’s fights.

Will Maycee Barber be able to break Jon Jones’ record?

Dana White’s prodigy who impressed the president at Dana White’s Tuesday night with a dominant performance managed to sign a contract. Her first goals were to break former UFC light heavyweight champion Jon Jones’ record of becoming the youngest ever UFC champion.

Maycee turns 23 this May and Jon Jones become the light heavyweight champion when he was 23 years old. 23 years 8 months old to be precise. Barber has a year or so roughly to accomplish her goals to beat that record. Dana White has confidence in her and believes she can do well.

Do you think she can break Jon Jones’ record?

Also read: “When I win the rematch we definitely go for the trilogy,” says Jorge Masvidal on his plans after the Kamaru Usman rematch

“I was coughing up blood and struggling to breathe,” says Alexander Volkanovski talking about his COVID-19 effects