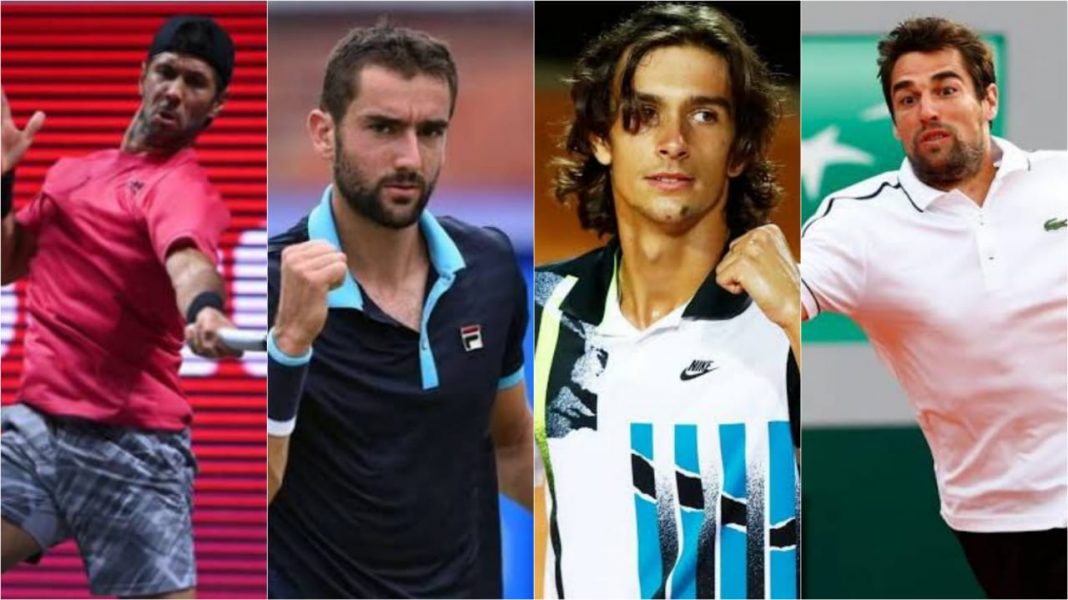 Day 2 of the Miami Open saw most of the expected names move into the 2nd round. Former US Open champion Marin Cilic and young Italian Lorenzo Musetti cruised comfortably while veteran Verdasco and Chardy falter.

Italian teen Lorenzo Musetti is running high on the form of his life. He reached the semi-finals of the Mexican Open last week where he defeated the likes of Diego Schwartzman, Frances Tiafoe and Grigor Dimitrov before bowing out to Stefanos Tsitsipas. This week, he stormed into the second round in Miami as he defeated Michael Mmoh in straight sets 6-4,6-4. He will next face 23rd seed Benoit Paire.

Magnificent Cilic took to the distance by Coria

Former US Open champion, Marin Cilic is the only grand slam winner in the 2021 Miami Open draw. And he did justice to his reputation by defeating Federico Coria in three sets 6-3,2-6,6-4. Cilic looked comfortable in the first set but didn’t serve well in the second. He used all his years of experience to win the third and reach the Round of 64.

Kokkinakis wins the battle of qualifiers

Thanasi Kokkinakis continued his return from a right shoulder injury on Thursday, by winning his first ATP Masters 1000 match for three years, after booking a place in the Miami Open. The Australian, who is currently at No. 243 in the ATP Rankings, overcame fellow qualifier Shintaro Mochizuki of Japan 6-3, 6-3 in 84 minutes to set up a second-round clash against Hungarian No. 29 seed Marton Fucsovics.

Verdasco loses his first match of the season

American qualifier Bjorn Fratangelo defeated Spanish veteran Fernando Verdasco in straight sets 6-4,6-4. This was the first match of the new season for the 37-year old. Verdasco’s form has dipped over years. Once ranked World no.7, he currently ranks 72nd in the world.

Chardy bows out in the first round to local Kudla

49th ranked Frenchman Jeremy Chardy went down fighting in the first round to local Denis Kudla. The American came from a set down to defeat Chardy 3-6,6-3,6-4. This was Kudla’s first Masters 1000 win since 2016. He will next face 26th seed Hubert Hurkacz in the second round.