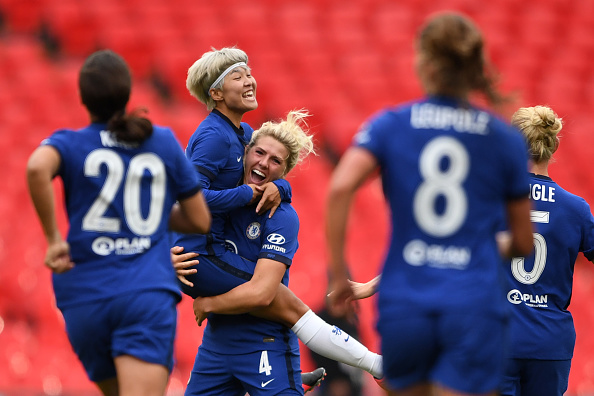 Chelsea women’s team defender Millie Bright has revealed that they are fully prepared to face Atletico Madrid in the round of sixteen of the Champions League. It’s stern test that they are ready to face emphasised Bright.

‘Its the opponent we wanted’: Millie Bright

The Chelsea women’s team is currently on top of the league this season having lost just one game. They are currently three points adrift of Manchester United.
Milli Bright admitted that Atletico Madrid will be a tough opposition but it’s exactly the kind of challenge they want . Chelsea are the defending champions of the Barclays FA Women’s Super League but the Champions League is one trophy that is missing from their armour.

It’s the Champions League, I don’t think there’s such thing as an easy game in this competition, and every team’s there for a reason.
“But this is the draw that we wanted. You’ve got to beat the best to be the best, so we’re excited for the game.
I think any draw’s tough, to be honest,” she told the media ahead of Wednesday evening’s fixture.

ALSO READ: Chelsea fans are demanding the transfer of this player in the summer window