Minecraft Caves and Cliffs update was a great update in terms of its success and engagement it generated with the players. Here we discuss one of the newer blocks in the game, Minecraft Calcite and look at all that has been released about it just yet!

The Caves and Cliffs update part I was the first half of the total update which was set to revamp the whole of mountains. cliffs and the cave biome in the Overworld and also introducing some new features along with it. These included the new blocks, mobs and items that the players can find and harvest as the ever-growing selection of items in Minecraft grows ever-wider.

Here is all you need to know about the Minecraft Calcite block and its features.

Calcite is a new block that has been added in the Minecraft Caves and Cliffs update part I along with many of the new geodes like Amethyst and also Copper Ores.

Related: What is a Amethyst Shard in Minecraft?

Minecraft Calcite can be distinguished by its peculiar white color and its cobblestone like pattern on the surface. The bright white block can only be found in one structure in the game.

How to find Calcite?

This is found only in the second layer of the complete geode of Amethyst that includes three total layers. The first layer is a cover of Smooth Basalt, which forms a cover around the Calcite blocks. This can occur anywhere from Y level 80 till down to the Bedrock. Therefore, finding a ton of Smooth Basalt is a easy way to know the presence of Calcite.

After mining the layer of Basalt, players will be met with a layer of Calcite which they can mine using an Wooden Pickaxe of above. Under the second layer of Calcite, is the Amethyst geode layer and then a hollow centre.

There is no practical purpose for the Calcite block in the game right now as no crafting recipe or brewing recipe has been released using it. It has no uses in any of the mechanism and is simply there for decorative purposes.

However, since it is a new block players can expect some new additions to the game in later stages that include this block in their use. 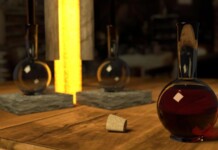 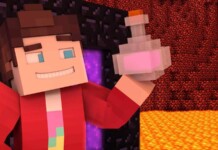 How to make a Mundane Potion in Minecraft? 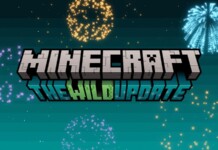 Ancient Cities in Minecraft The Wild Update: All that is known so far! 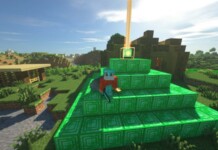 List of all the powers of the Beacon in Minecraft! 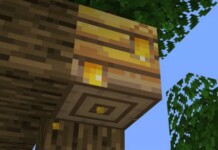 How to collect Honey in Minecraft?