Minecraft Championship or better known as the MC Championship, is a official tournament for teams to participate and win big prizes. The event is hosted by Noxcrew and Damn Thats a Long Name. In this article we take a look at all that needs to be known about the event.

Minecraft Championship is a tournament hosted in collaboration with various content creators and the Official Minecraft. The competitive tournament features a number of teams that compete against each other in a lot of mini-events and trials to take home the Grand Prize.

Down below we take a look at all that’s needed to be known of the Minecraft Championship 2021.

The 2021 tournament featured 10 teams, selected by the organisers, who participated in a variety of events. Each team consists of 4 players and they will go through a test of teamwork, survival, mechanics and more.

This is a novel phase in the event where viewers and players will be able to vote for the next game. The later a game is played, the better the rewards. Players need to know what they are great at to keep their opponents behind by saving the best for the last.

The Events in Minecraft Championship 2021

This is a three lap race and players with shortcuts and pitfalls. Players can sprint, jump, fly or swim and get the fastest time possible to win the event.

A Battle royale PvP with 9 rounds and teams are pitted against each other in a 4v4. The main goal is to capture the objective in the centre before the opponent.

This a speed building game with a twist. Players can only collect items from the Build Mart and collect items before they build. Players have a time limit to build the biggest structure they can with the amount of resources that they have procured.

Hole in the Wall

The main goal is to stay alive on a platform as slime walls close in on you. The person to get pushed off, loses. Players who stay the longest on the platform get the most coins.

Parkour tag is a simple game with one player trying to catch another on a desolate map. The hunted will have to keep their distance as if they are caught, the opponent wins the round.

The game is named To Get To the Other Side and Whack a Fan and the objective is to run across a map to punch a fan. The fastest gets the most points.

Players can build defences on a floating piece of land and moving between islands. The goal is to get to the centre of the map and the last player standing gets the most coins.

Players are free to roam the map in this mode and gather resources to get stronger. The last team to stay alive wins the match. Its the simplest but the most fun!

This is the final event and is not influenced by the Decision Dome. The final two teams with the most coins will have to participate in this dodging and shooting arrows, to win the Minecraft Tournament.

The last team standing wins the game and the overall Minecraft tournament!

Where to watch Minecraft Championship?

Also read: What is the Curse of Binding in Minecraft? 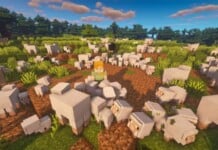 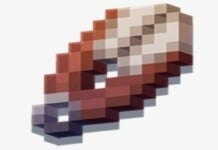 How to make Shears in Minecraft: Materials, recipe and more!