Minecraft Live 2021 was the biggest event in the Minecraft community that has revealed the direction of the game for the future. Here is all about the Minecraft Mud Block that is known as of yet.

Minecraft Live 2021 revealed The Wild Update which will be revealed after the December update. The Caves and Cliffs update Part II will be released in December 2021 and will feature mountains and lush caves being added to the game. However, in the Wild Update many new blocks will be added including the Minecraft Mud Block.

Minecraft Mud Block is a new block that will be found naturally spawning in the revamped Swamp biome. It will also spawn in the Mangrove Swamp biomes that is a new biome added in The Wild Update and comprises only of Mangrove Trees.

Mud is a renewable block that can also be made by the players along with spawning naturally. The Mud is a dark brown colored block that can be used to make a variety of building materials.

It was shown in the Minecraft Live 2021 that players can make Mud Blocks from Dirt blocks. Pouring a Water Bottle on top of a Dirt block will transform it into a Mud block.

Players can also convert the Mud block into Clay by draining all the water out. Dripstones interact with Mud blocks and can be placed under them to let all the water inside them slowly drip away. This will leave the players with Clay and thus a renewable source of the clay block.

But the most interesting part of this block is it’s ability to make a new form of building material in the game. These are the Mud Bricks that can be crafted by the players and offer a unique new texture an style of building. It can be made by combining the following:

Combining these three will lead to the production of Mud Bricks and can be used in a variety of new building projects! 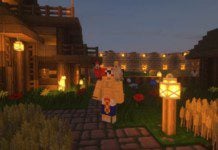 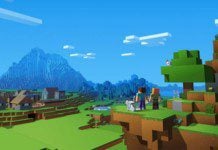 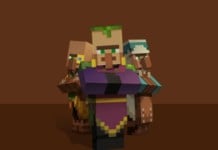