Minecraft’s world is a dangerous place and sometimes players need guardians to protect them from hostile mobs. In this article we take a look at the Minecraft Snow Golem and all their features.

Golems are entities that the players can make or are spawned naturally to protect villagers or players. The golems come in two forms as of now and they are the strong Iron Golems and the weak but funny, Snow Golems.

Down below are all the features for the Minecraft Snow Golem.

The Minecraft Snow Golem is a golem made completely by ice and looks like a snowman with twigs for arms.

When killed they drop snowballs, which is what they are made from.

How to make a Snow Golem?

To make a Iron Golem, players must stack two blocks of Snow on top of each other and then place either a Pumpkin, Carved Pumpkin or Jack o’lantern on the top. The entity them comes to life and is passive towards the players.

Snow Golems are conscious mobs that do not follow the player when alive. They avoid cactus, lava and water when walking and also high cliffs. Because they are made of snow, they start to melt in biomes that are warmer like badlands, deserts, savannas and in Nether.

They leave a path of ice when travelling which may melt later. They also melt when they come in contact with rain or water. Snow Golems wear the Pumpkin as a mask that can be removed using a Shear.

Minecraft Snow Golem has 4 Health points and only deals knockback to mobs. The only mobs that they deal damage to, are Blazes, to which they do 3 hearts damage.

They move towards hostile mobs and throw snowballs at them. Snow Golems also attack many neutral mobs in the game.

Also read: How to make Firework Rocket in Minecraft: Materials required, how to use and more! 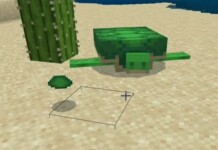 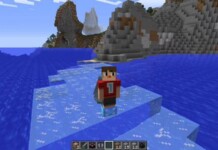 Depth Strider Minecraft Enchantment: All you need to know! 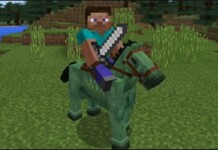 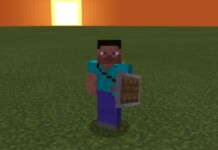