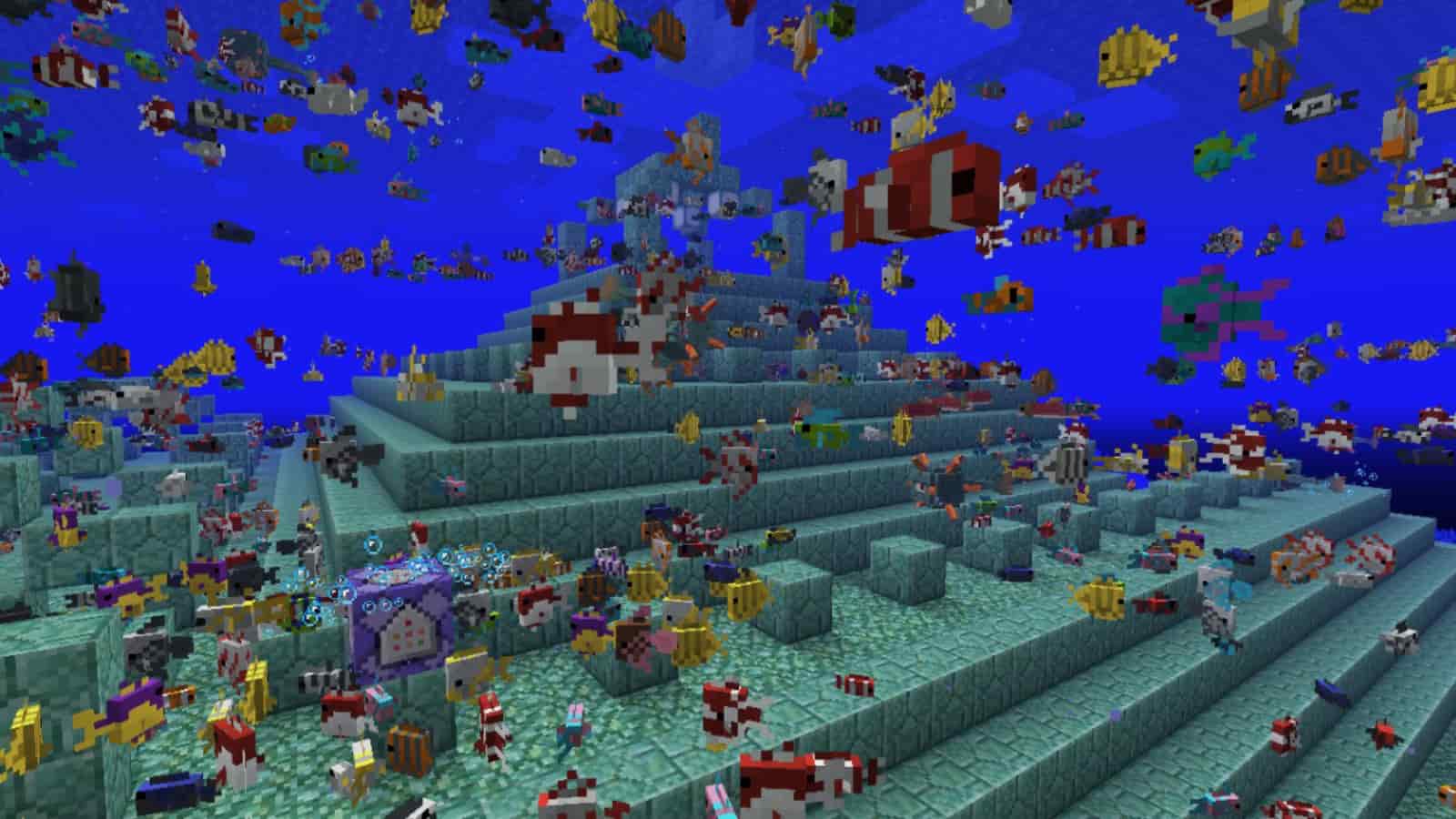 Minecraft Tropical Fish: All you need to know!

Minecraft has a wide variety of mobs that roam around the vast world and different dimensions of Minecraft. Among them, we take a look at the Minecraft Tropical Fish which is a tiny mob found in the Oceans of the Overworld.

Fish in Minecraft are the main variant of the mobs in the Ocean. A wide variety of fishes can be found swimming through the waters and players can catch them for many different uses. There are some mobs like Axolotls, Guardians and Elder Guardians which are also aquatic mobs that do not fall under this category.

This article discusses Minecraft Tropical Fish and their uses.

These are commonly found passive mobs that can be found in ocean biomes and are special in their markings and uniqueness.

Related: Minecraft Golden Carrot: How to make, uses and more!

The Tropical Fish have almost 2,700 naturally occurring variants with colours, patterns, and markings all different from each other.

The Minecraft Tropical Fish are passive mobs and do not attack the players or any other mobs. When attacked they will simply try to swim away.

Players can also collect them using a Bucket to make a Bucket of Tropical Fish. This bucket can also be dumped in water sources to make a aquarium!

They cannot survive outside water and will eventually die by suffocation. Tropical Fishes are also weak to the Impaling Enchantment.

In Java Edition, the fishes that are generated naturally appear 90% in 22 of the varieties that are preset. The other 10% are completely randomly generated and have different markings, patterns and colors.

In Bedrock Edition, the tropical fish have no common varieties and have 22 preset and rest random spawns. When putting them in a bucket, the name of the Bucket changes to the name of the fish in it.

The preset varieties are:

When killed by the player Minecraft Tropical Fish have a chance to drop the following: