Minecraft Zombies: Spawns, Attacks and all you need to know! 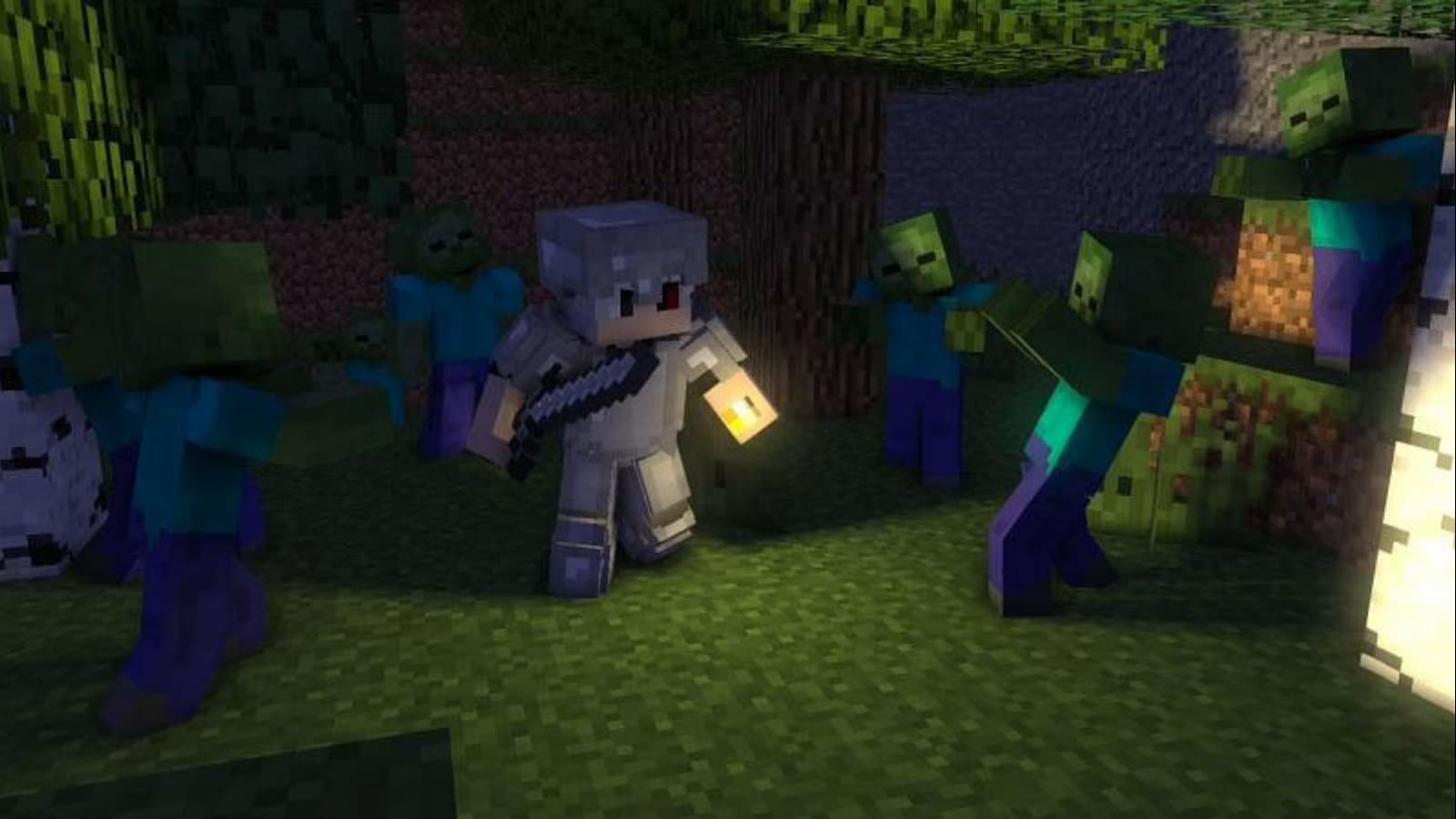 Minecraft Zombies: All you need to know

Minecraft has a lot of mobs that may attack the players on sight and Zombies are one of them. In this article we take a look at all that needs to be know about Minecraft Zombies.

Minecraft has a hot of mobs that are unique in design to the game. these mobs may be divided into hostile, passive or neutral categories. Zombies in Minecraft fall under the first umbrella and is the most commonly found hostile mob that the players can find in the Overworld.

Down below we take a look at Minecraft Zombies.

Minecraft Zombies are very commonly found undead hostile mobs that are melee in nature and damage th player when in sight.

Related: What is a Witch in Minecraft: Spawns, Attacks and more!

Zombies spawn anywhere in the Overworld where its dark or during night-time. They may also spawn from Zombie spawners. Zombies are hostile to the players, villagers and journeyman traders.

Sieges can also occur if a village has at least 10 beds. A group of 20 Zombies spawn near the village at night and attack the village. This number can go up to 60 zombies, depending upon the number of villagers and beds.

Zombies do not spawn in the mushroom fields biomes.

Attacks and How to beat them

Zombies are melee mobs that do not feel pain, and therefore they need to go really close to the player in order to deal damage. They are hostile towards:

Zombies have a slight chance of converting a villager into a Zombie villager while attacking them.

Zombies are undead mobs and thus are affected by the Smite Enchantment. Weapon enchanted with this will deal extra damage to them. This also means they are damaged by Instant Health effects.

They are also susceptible to sunlight and burn when under them. Unlike skeletons, they do not seek shelter while attacking a player.

Husks – If a Zombie spawns in deserts, they have a chance to spawn as husks. They are immune to sunlight and inflict a hunger status to the player.

Drowned – If a Zombie stays underwater for a long time or spawns inside a waterbody, then they are spawned as Drowned. They can also walk on land and they are the only source of Tridents.

Zombified Villagers – When a Villager get attacked by a Zombie, they have a small chance of being turned into a Zombified villager. They may also spawn naturally during world generation. A player can turn it back into a normal villager with golden apple and potions.

Baby Zombies – Baby Zombies are 5% of all the zombie spawns and are smaller and faster than a normal zombie. They also have a chance of rising several animals (most commonly chicken) to make a Chicken jockey.

Geared Zombies – Zombies also have a chance of equipping any armor or weapons that are thrown at them. They can also spawn naturally with enchanted armor and weapons. These have a slight chance of dropping their equipment when killed.

Zombies drop 0-2 rotten flesh and some EXP orbs when killed. They may also drop Iron ingots, Carrot and Potatoes when killed by tamed wolves.

When killed by a Charged Creeper, they will drop a Zombie head.

Fun Fact: Zombies may bang against a wooden door and break them depending upon the difficulty the player is playing on.