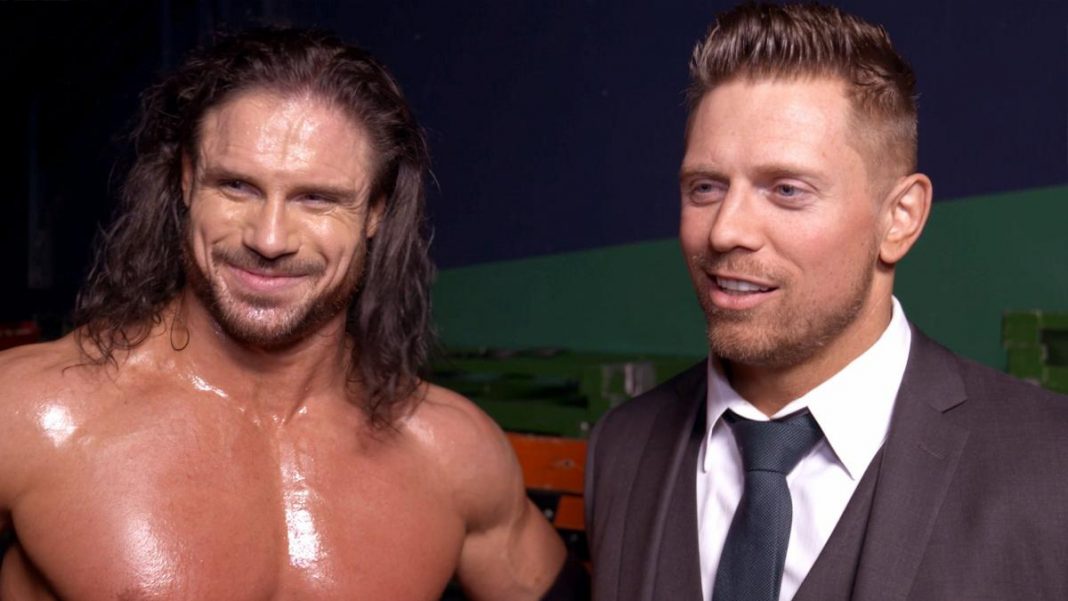 The Miz surprised the WWE Universe since he successfully cashed in his MITB contract and won the WWE Championship. Since his win at the Elimination Chamber, a lot of rumors have cropped up regarding his Wrestlemania match.

The Miz will reportedly be teaming up with John Morrison and going against Damian Priest and Bad Bunny. A report on Fightful Select mentioned that WWE has been planning this match since early February. These plans haven’t changed despite The Miz becoming the WWE Campion.

The Miz’s is just a transitional Champion for WWE. This reign could end as early as on the upcoming episode of WWE Raw. Even if the company decides to extend the reign, it seems unlikely that he would hold the title after WWE Fastlane.

Miz and Morrison will team up at Wrestlemania 37

Bad Bunny has been taking private training sessions at the WWE Performance Center in order to ensure that he is ready for his in-ring performance. He will be teaming up with Damian Priest. Priest and Bad Bunny have made great backstage impressions.

But Miz’s current focus is on defending his title against WWE Championship. It is being rumored  that Lashley and Drew McIntyre will be involved in a WWE Championship match at Wrestlemania 37.

Also Read: Lacey Evans confirms her pregnancy isn’t a part of the storyline with Ric Flair