The Boxers vs MMA Fighters event is already off to a heated start as UFC legend Rampage Jackson and former heavyweight champion boxer Shannon Briggs get into a fight of their own trying to breakup a physical weigh-in between Derek Campos and boxer Brian Vera.

The Triad Combat event of Triller Fight Club is nearing and the weigh-ins has already got the attention of the combat sports fans. The cross-over between boxers and MMA fighters is what the fans have been wanting for a long time and Triller is making it happen with the help of Rampage Jackson and boxer Shannon Briggs.

Rampage and Shannon will coaching MMA fighters and Boxers respectively. The two legends will watch as elite fighters from their respective sport take the other on inside the ring. The Triad Combat event by Triller is set to happen on Saturday.

When fighters Derek Campos and Brian Vera came face-to-face during the weigh-ins and got into an altercation. Coaches Briggs and Jackson in an attempt to stop their fighters got physical themselves and had to be separated. Watch the altercation below:

“Clean sweep,” Rampage Jackson says the MMA fighters are beating up the boxers

When asked about their predictions for Saturday, “Clean sweep. We gonna win every single on. Those boxers gonna give up. They don’t know what’s coming. You’re all about to see a lot of boxers quit and complain,” said Jackson on the MMA Fighters vs Boxers event. Rampage will be coaching a side that includes Mike Perry, former UFC champion Frank Mir and others.

“Easy, clean sweep, we knocking them off, all of them. We’re strikers. Tomorrow night, they’re gonna learn don’t you ever throw a punch as long as you live and then you’re next. Sign the contract right now and I’ll fight you in MMA. He’s easy to beat,” said Shannon talking to Rampage and his team.

Who do you think are winning this event? The MMA Fighters or the Boxers? 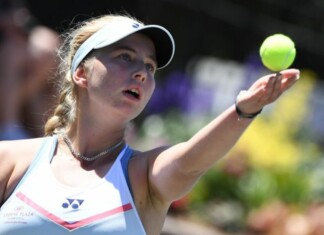