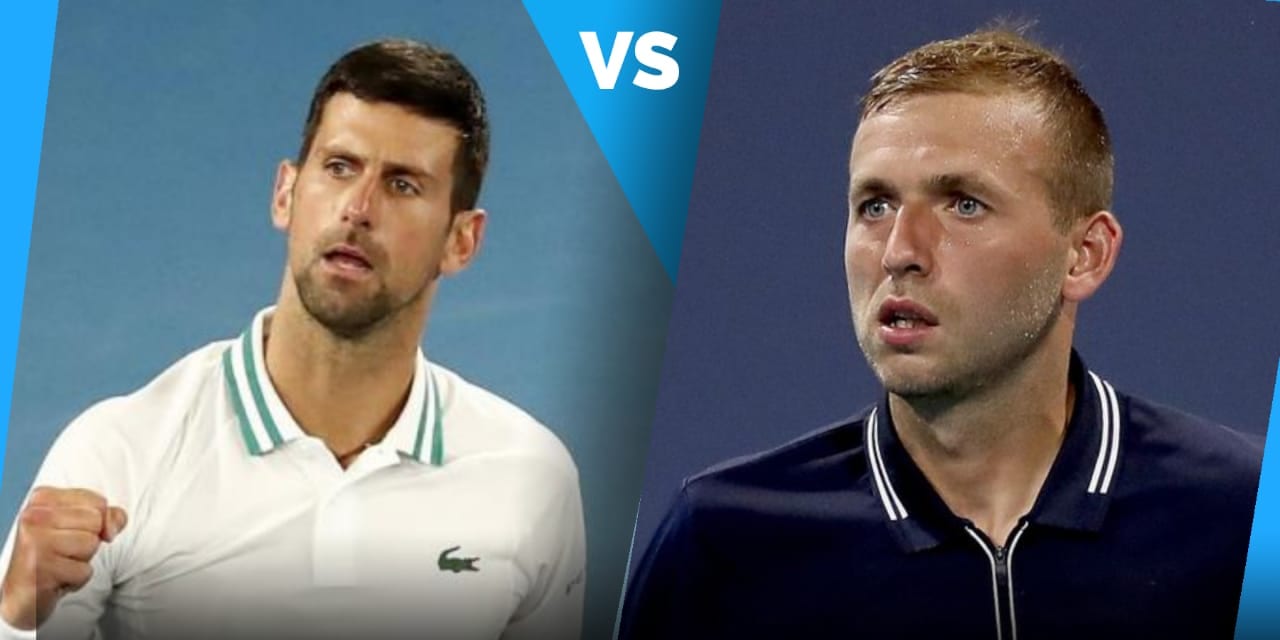 Top seed Novak Djokovic will take on Dan Evans of Britain in the third round of the 2021 Monte Carlo Masters.

World No. 1 Novak Djokovic was handed a tricky draw but showed his class in the second round on center court. The Serb thrashed Italian teen Jannik Sinner in straight sets 6-4,6-2.

Nole was slow off the blocks but soon found his rhythm to break the talented Italian. He was playing his first match since winning the Australian Open but wasn’t rusty at all.

His opponent, Dan Evans of Britain looks in great form this week. He defeated in form Clay-courter Dusan Lajovic in a tightly fought match in the first round with a scoreline of 6-3,6-7(11),6-2.

In the second round, he knocked out Miami Masters winner and 13th seed Hubert Hurkacz in straight sets 6-4,6-1. The Briton looked amazing on court and dominated with his return of serve.

Both the players haven’t met each other on tour yet. They will play each other for the first time and hence the H2H stands at 0-0.

Novak Djokovic goes in as a clear favorite to win this match. Whatever doubts people had, he answered them all in the match against Sinner. He showed some quality defensive play in addition to his attacking side.

Dan Evans also has been playing very good tennis this week. Earlier this year, he won his maiden ATP title and would want to raise his game to that level just to match Djokovic. Having said that, expect Nole to cruise into the Quarter-Finals.