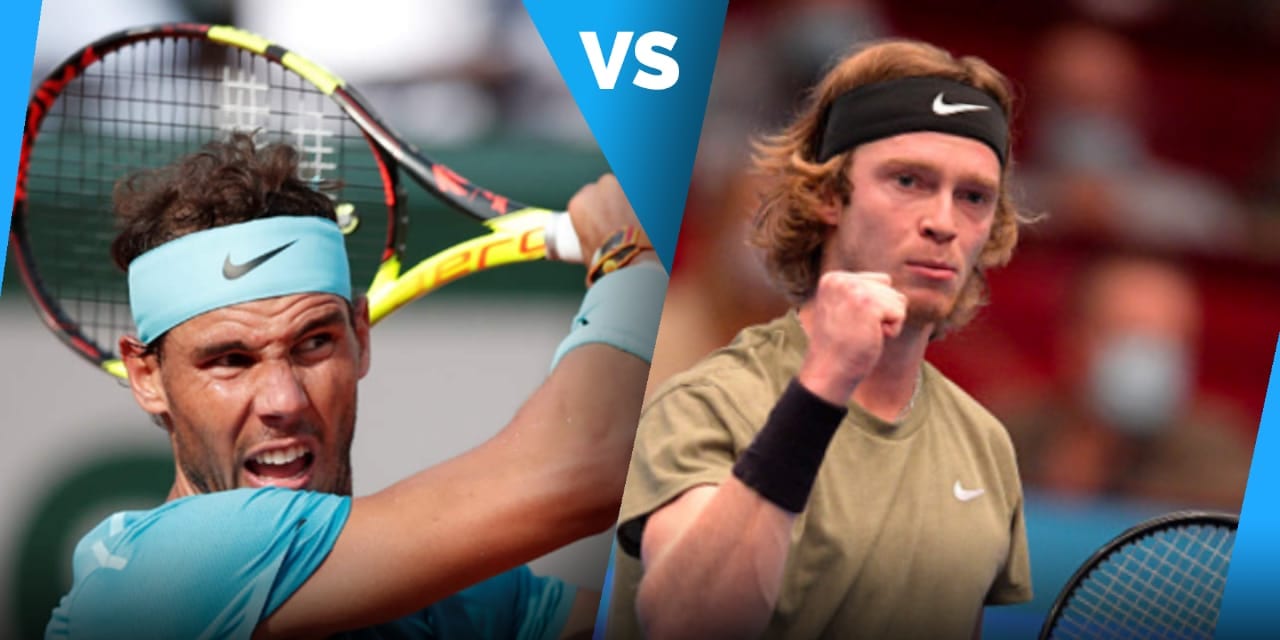 Third seed Rafael Nadal will take on Andrey Rublev of Russia in the Quarter-Final of the 2021 Monte Carlo Masters.

The ‘King of Clay’, Rafael Nadal took less than an hour to thrash 14th seed Grigor Dimitrov in straight sets 6-1,6-1. The Bulgarian did just enough to avoid a bagel in both sets. In the second round, he defeated Federico Delbonis very easily and so far has dropped just 5 games in the tournament.

His opponent, Andrey Rublev has begun where he left off in 2020. The Russian is on a 22-4 win-loss record, having won two titles already – a singles title at the Rotterdam Open and a team victory at the ATP Cup where he won all his singles matches.

But he had a very tough outing in his Round of 16 match against Roberto Bautista Agut. He had to dig dip against an experienced Clay-courter and eventually won 7-6(2),5-7,6-3.

This will be the third meeting between the duo. Nadal leads the H2H 2-0. They last met at the 2020 ATP Finals where Nadal won in straight sets.

Andrey Rublev is in tremendous form this season and has reached atleast the Quarter-Final of every tournament he has played. But he has never took a set from Nadal in their previous two meetings.

In the two matches he has played, Nadal has shown why he is the ‘King of Clay’. He has totally dominated his opponents and would want to continue that against Rublev. Expect the Russian to engage Nadal in tough rallies and Nadal coming victorious in flying colors.

Also read: ‘I have like a big infection of my tooth,’ Grigor Dimitrov struggled with a massive tooth problem during his match against Rafael Nadal