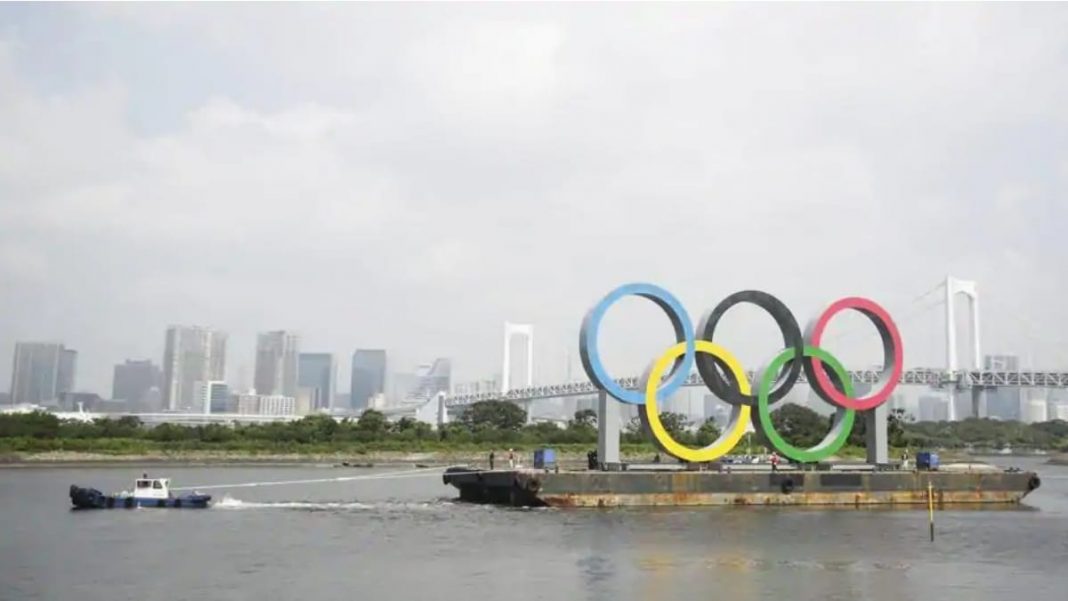 On Thursday, an Olympic Ring monument at Tokyo Bay, which was installed seven months ago [15.3m tall and 32.6m wide], was temporarily removed for maintenance.

It will return in December, when Japan heads into the final stretch of preparations for the rescheduled Olympics after being cleaned and undergoing a safety inspection before being re-installed.

In March due to the novel coronavirus outbreak, the Olympics were pushed back by an year.

When will the rings be re-installed?

Atsushi Yanashimizu, Planning Director at Tokyo Metropolitan Government, told Reuters on Thursday, “Since it will be not on display for four months, it is kind of sad. But I consider in a positive way that we will make sure it will be clean and securely maintained when it comes back in four months.”

Amid continuing concerns about COVID-19, organizers will hope to have a better idea as to whether the Games can go ahead in Tokyo next year when the rings are re-installed in December.

“By delivering the Games successfully in Tokyo we strongly hope that we can create a legacy that is in the history of mankind,” Tokyo 2020 CEO Toshiro Muto told Reuters in an interview last month.

Also Read Nobody wants to see the Olympics being held behind closed doors: Masa Takaya