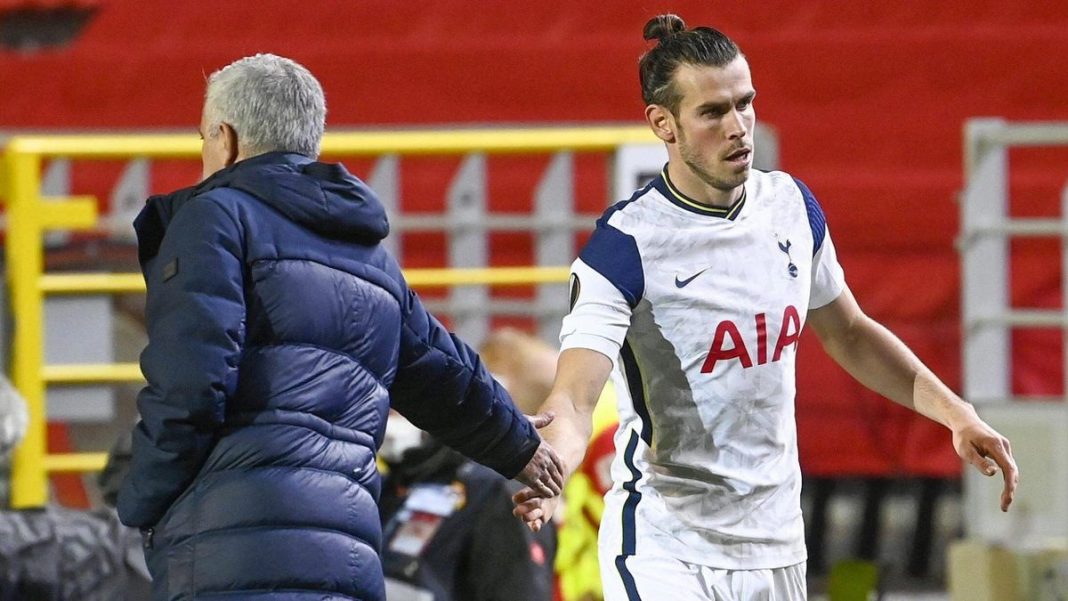 Gareth Bale is fresh off producing a master-class display of his goal scoring prowess against Burnley at the weekend. His current form has made fans realize that he is back to his best and may well replicate his previous Tottenham days.

Tottenham boss Jose Mourinho says it is up to Real Madrid whether they allow Wales forward Gareth Bale to stay at Spurs next season. Bale, 31, is on a season-long loan from Real and has one season left on his contract with the Spanish side.

Gareth Bale has recently found his form at Tottenham

“He is not a Tottenham player so Real Madrid have everything in their hands,” said Mourinho.

“I just have a player on loan and I am trying to take the best out of the player for Tottenham Hotspur.”

The Tottenham boss flicked the ball into real Madrid’s court when he was asked who held the authority over Bale’s position.

He added: “We try to take care of the player we have on loan for us but also for the respect we have for the club who loans the player.

“If you want to ask anything about Gareth’s future ask your colleagues in Madrid to ask [Real Madrid manager Zinedine] Zidane.”

Bale, on a season’s loan at Tottenham from Real Madrid, has finally found some form and rhythm, catching the eye to varying degrees in his past five appearances. He was dangerous as a half-time substitute in the 2-1 defeat at West Ham before scoring twice as a starter in the 4-0 home win against Burnley on Sunday.