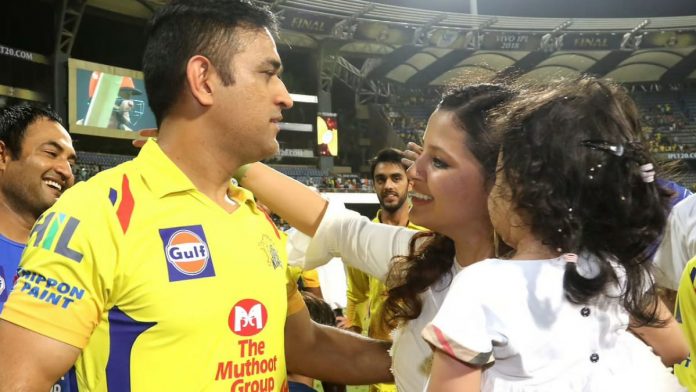 MS Dhoni announced his retirement from international cricket last year and apart from the 2020 edition of the Indian Premier League (IPL), the Indian captain has not been seen in cricketing action. But, the same does not mean that the 39-year-old has not been active as he has been involved in furthering his interests in film/TV production upon launching his own company called ‘Dhoni Entertainment’.

The news was announced in September of last year when Dhoni’s wife and the managing director of the company, Sakshi Singh Dhoni took to Twitter to convey the same, writing, “We’ll need your love and blessings.” Now, Dhoni seems to have taken the first step in releasing the first series as an animated spy thriller series titled ‘Captain 7’ based on himself is set to be come out next year.

MS Dhoni released an official statement about the series saying, “The concept and story is great. It will bring to life my other passions along with cricket.” Sakshi meanwhile said, Sakshi Singh Dhoni, “When BWO (Licensing company Black White Orange) came to us with the concept of an animation fiction show based on Mahi, we were on board. A whole lot of adventure awaits you with ‘Captain 7’.”

The founder and CEO of Black White Orange, the licensing company, said, “While our focus has been licensing, we’ve always explored clutter-breaking new avenues. This is our first foray into original content and what better way than to take MSD’s legacy forward.”

Dhoni will be seen in action next in the Indian Premier League for the Chennai Super Kings with the tournament set to begin on the 9th of April.

Also Read: IPL 2021: “It feels like the Chak De India music is being played in the background” – Prithvi Shaw speaks on head coach Ricky Ponting

Also Read: IPL 2021: “He encouraged me saying that I will get better” – T Natarajan recalls talking to MS Dhoni