Josh Prenot is one of the many swimming stars produced in the United States of America. Prenot won Silver in the Men’s 200m Breaststroke at the 2016 Rio Olympic Games with a time of 2:07.53. The 27-year-old also holds a Physics major from the University of California, Berkeley which is testament to his determination and hard work.

The Olympic silver medalist first hogged the limelight at the 2016 Olympic trials. Prenot set an American record in the 200m breaststroke, also recording the second-fastest performance all-time in the event, winning the final to qualify for the Rio Olympics. The American also won the silver medal at the 2018 World Championships in the 200 m medley event after failing to make it to the event in 2017.

In the run-up to the Tokyo Olympics 2021, Prenot has rediscovered his fire. And is eyeing for an Olympic berth, his second, as he lines up against some big names in Olympic medley gold medalist Cody Miller, ex-world champion Michael Andrew, Will Licon, and Andrew Wilson.

Prenot spoke to FirstSportz in an exclusive chat about his preparations for Tokyo Olympics, ISL, mental health and more.

Excerpts from the exclusive interview with Josh Prenot

How did you start swimming in the first place? Being a Physics major, how did you keep up with your studies while training for the big stage?

I started swimming very early on – I did baby swim lessons and continued lessons throughout childhood, only joining a team once I had advanced through all the stages of swim lessons my hometown had. Swimming was fun, and I had goals I wanted to achieve, so I continued it through high school and college. Being a Physics major and training for swimming was quite difficult, but I think that the two pursuits complemented each other. I was forced to be very dedicated and very efficient at managing my time while handling a lot of stress. Also, putting aside how difficult the studies were, I loved physics at UC Berkeley: the professors I learned from and the students I learned alongside were absolutely brilliant people, and the advanced lab classes were awesome.

Do you think understanding physics helps you as a swimmer?

Yes, in a sense, but sometimes I think it can also hurt. If I get too analytical about physics and not analytical enough about biomechanics, things can get frustrating. You need to have proper movement patterns where the big powerful muscles and chains are able to apply force/torque – you can’t pattern it out as if a strong engine is powering your movements and just try to apply maximum straight line force like a robot would – you’ve got to work with the body.

How was the quarantine for you given how bad things were in America? How did it affect your training and preparations for Tokyo?

It sucked! I’m not going to be overly positive here and say it wasn’t that bad. It sucked. Isolation is hard, even if you’re doing the right thing for the health of your community. Training wise, I did the same thing as everyone else and made the best out of the situation I was presented with – ran stairs and hills a lot, rode my bike, did a ton of pullups and medicine ball slams and abs, etc.

Talking of the upcoming Games, you are up against some big names when it comes to qualifications. Did that affect our preparations or your thought process in any way?

It’s never easy to make the US Olympic Team – no matter who you are or what event you do, you’re going to be up against elite competition. My only job is to give myself the best possible chance to do my best performance at the Olympic Trials.

You practice IM and it has four styles, how did you end up focussing on breaststroke in particular?

There was an opportunity. After the 2012 Olympics, the US 200 Breaststroke looked to be one of the most “open” events for the 2016 Games, where new people would have a chance to qualify. As such, a lot of Americans started training for the 200 Breaststroke, and the event got a lot deeper – it took about a 2 second faster swim to qualify in 2016 than 2012.

Would you like to share about the moment when you broke the national record to book your maiden Olympics berth? How was the feeling?

It was incredible, that moment is what I trained my entire life for. It was a realization of a life’s worth of effort and dedication and sacrifice, not just from myself but from everyone around me who helped me to be there.

During the Rio Games, you were on the team with Michael Phelps. How was the experience of rubbing shoulders with one of the greats, if not the greatest of the sport? Did you pick his brain or how was the interaction with him?

Michael was a great team captain for us, and a true honor to be around. From listening to what he had to say at all our team meetings to just observing how he handled his business, it was the best learning experience you could ask for.

2017 was a tough year for you. Would you like to walk us through your thought process during those tough times? What do you make of the fact that it came just after the year where you enjoyed unprecedented success?

I think sometimes after achieving a very difficult, very long term goal, one can get a bit complacent. That is what happened to me, and I don’t really even blame myself for this – it’s natural to want to ease off the pursuit of almost-impossible goals after actually achieving one. The problem for me is that while I did let my dedication slip ever so slightly, I did not let my expectations and pressure on myself go – this mismatch contributed to making me extremely stressed and unhappy. If I could do that year again I would allow myself to actually relax after achieving my lifelong goal, be more honest with myself about expectations and pressures, and enjoy more of the simple pleasures of the sport of swimming rather than being hyperfocused on repeating a great performance.

What practice looks like for you? Can you take us through your daily training sessions?

You were a part of the ISL, how was the experience with Los Angeles Current? How do you think the league will shape up in the upcoming years?

The ISL rocks and the world of swimming is better for having it. It’s an exciting, fan friendly format, it’s good for athletes, and it’s just fun for everyone involved. I hope the league continues to grow over the next several years, it’s a great opportunity for our sport.

Can you tell me what was your highest moment? What was your absolute zenith moment in your life when you just felt absolutely high and on top of the world?

The 2014 NCAA championships – we worked really well as a group for the entire season that year, and on a 3 day meet that came down to the final day, our team proved we were the toughest when it mattered most. Sharing that victory with all the teammates that helped each other succeed day in and day out was amazing.

What keeps you motivated through thick and thin? And how important is mental health for swimmers or athletes in general? Lately, many athletes including American legend Michael Phelps have opened up about it, so what is your take on it?

Mental health is important for everyone! It’s definitely important for swimmers, and I’m glad Michael has opened up about it. This sport isn’t easy, and it can be very stressful at times, so the mental game is just as important as the physical one. I’m not sure if I have a “take” on the concept of mental health other than that it is very important to maintain! Make time for whatever will help you maintain it – therapy, self care, talking to friends or family, open communication, whatever it is. 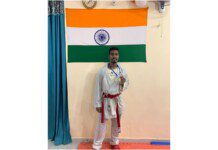 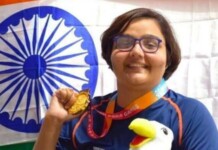 “I won my first medal in 2016 and there was no looking back after that,”Ekta Bhyan’s Inspirational Journey to the Tokyo Paralympics | FirstSportz... 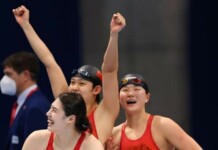 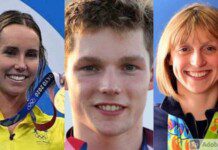