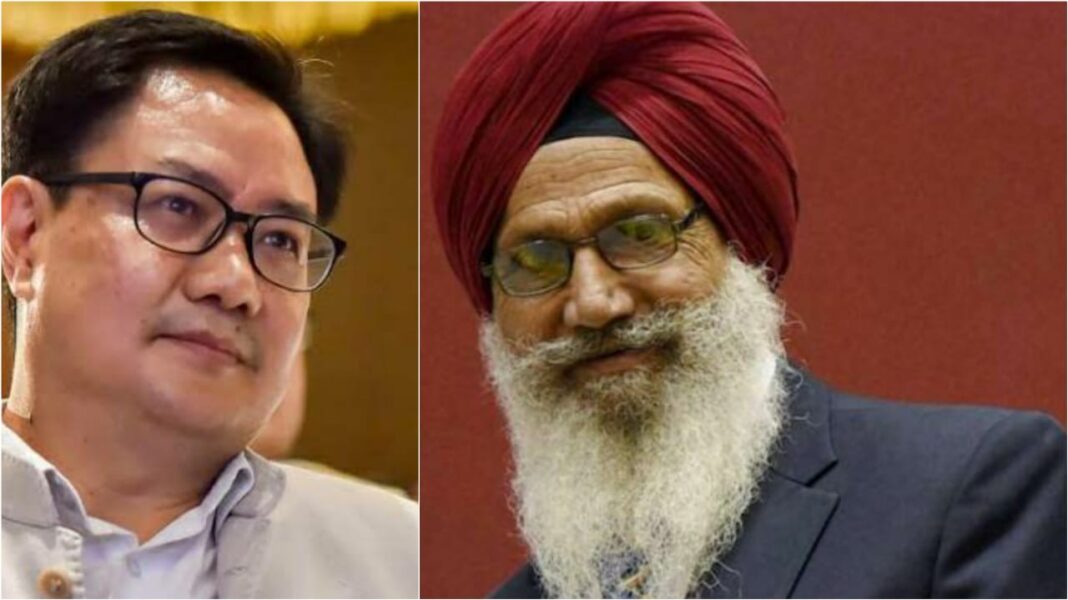 As Asian Gold-Medallist Bahadur Singh retired from the post of national Chief coach, Sports Minister Kiren Rijiju paid tribute to the shot-putter and recalled about him being ‘motivated’ by Bahadur Singh during his school days.

At a virtual farewell of Bahadur Singh, Kiren Rijiju said, “Bahadur Singh has been an inspirational personality over 5 decades and rendered great service with his commitment, dedication, and discipline.”

Rijiju even posted a video on Twitter and captioned, “My salute to the legendary Shot putter Bahadur Singh ji who retired as chief coach of Indian Athletics. Between 1973-85 as he won 3 Gold, 2 Silver, 2 Bronze at Asian Games and Asian Championships and reached finals at 1980 Moscow Olympics. He played for 2 decades and coached for 3 decades.”

Sriram Singh, 1976 Olympic Games 800m finalist, recalled that ‘they had both started their Asian Games careers in Tehran in 1947 and completed the NIS coaching diploma in 1980’.

Also Read Every State to adopt one sport: Kiren Rijiju

Coming to Usha, she mentioned, “He was already a renowned athlete and inspired everyone with his hardwork and dedication to training. As a chief coach, he would motivate the coaches to do their best.”

India’s first World Athletics Champion medallist Anju bobby George said, “we were trying to communicate in sign language but unable to understand one another, but he folded his hands in prayer and asked me to jump.”

Even IOA president Narendra Dhruv Batra recalled watching ‘Bahadur Singh be a self- reliant man despite being 73 years of age during the Asian Games in Jakarta in 2018’.