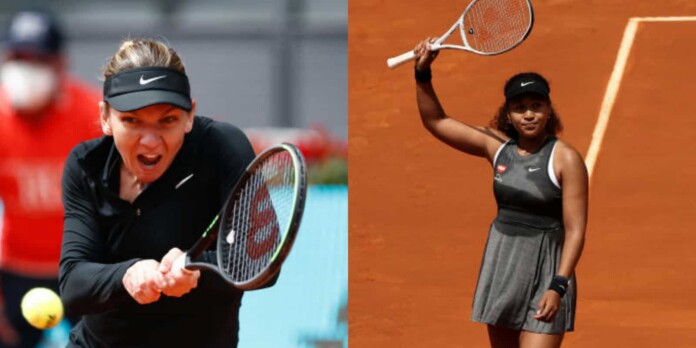 Simona Halep and Naomi Osaka are at the top of women’s tennis. They are also the prime contenders for the upcoming French Open. While the Romanian has already tasted success at Roland Garros, the Japanese is yet to get past the third round in Paris.

Both girls kicked off their Madrid Masters campaign in fine fashion by winning their opening round in straight sets. Osaka has not been spotted on the dirt since 2019, but the No.2 seed had little issues in dealing with Misaki Doi yesterday. On the other hand, Halep wrapped up proceedings in 83 minutes over Sara Sorribes Torm.

Speaking on her opening match, the current Australian champion said, “You obviously want to play well against a player that’s from the same country,” Osaka said. “I never really know what to expect because I feel like she always plays better when I play against her, so it’s a bit tough to manage controlling my emotions. But I think I was able to do it pretty well.”

Halep loves the clay in Madrid and Rome

On the other hand, the two-time winner Halep too analyzed her win, “I like the altitude, and we could see in the past that I won many matches here. So, yeah, I like the altitude. I feel good because I have an extra power when I hit the ball, so, yeah, it makes it better for me.”

“You just get used to, if you practice few times, you get used to the conditions. For me, if it’s a clay court, doesn’t matter the other conditions. I feel good. I feel confident. These two tournaments are the best, Madrid and Rome, so I cannot complain.”

Currently, Osaka is ranked No.2 in the world and Halep is at No.3. Both players are placed in the bottom half of the draw and could meet in the semifinals. Osaka will take on Karolina Muchova in the next round and Halep will face Saisai Zheng.

Also read: ‘Serena can be dangerous on the clay’, warns coach Patrick Mouratoglou