Austin Cindric, the Penske Rookie, who won the 2022 NASCAR Cup Series opener the Daytona 500 is showing no signs of stopping as he secures the pole for Sunday’s Wise Power 400 in Auto Club Speedway Fontana as he secured his first pole in Cup Series.

Austin Cindric was able to hold off Erik Jones who was hot on his heels with the fastest lap of 174.157 mph in the Auto Club Speedway which was constructed by Roger Penske, the owner of Penske Racing.

Austin Cindric acknowledged that he has he is learning a lot of things fast in his budding NASCAR career. He went on to say he is happy about the pole as he was able to use the data available at his disposal to his advantage without getting distracted by the crashes, the mistakes on the field. Austin Cindric added that it will be fun to enter the final as pole-sitter but added that he doesn’t see the pole guaranteeing him something out of the race.

“There’s so much learning going on, and it’s all happening fast,” Austin Cindric said.

“Obviously, as a driver, you can’t be distracted by the crashes, the mistakes, the short amount of time. But I had all the data I needed today to learn what I needed to and go apply it. It’s fun to be able to do that,” Austin Cindric explained.

“Awesome way to start things out. I don’t think it guarantees anything for the race, but it’s certainly a lot of fun to be able to go through that,” Austin Cindric added.

Also read: ‘He has definitely got all the things going right for him,’ NASCAR veteran Kurt Busch on his new teammate Bubba Wallace

“Never should have been a yellow in the first place,” Denny Hamlin expresses his concerns after the highly disputable All-Star Race ending

‘Just a product of running second,’ Ryan Blaney on Denny Hamlin calling out NASCAR for not Black flagging Blaney helping him to win the...

“That rule was never kind of relayed to us,” Ryan Blaney on winning the One Million Dollar race at Texas surviving black-flag incident at... 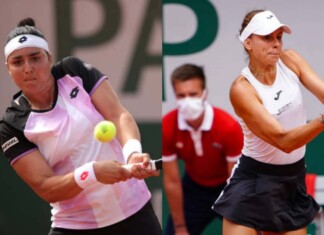