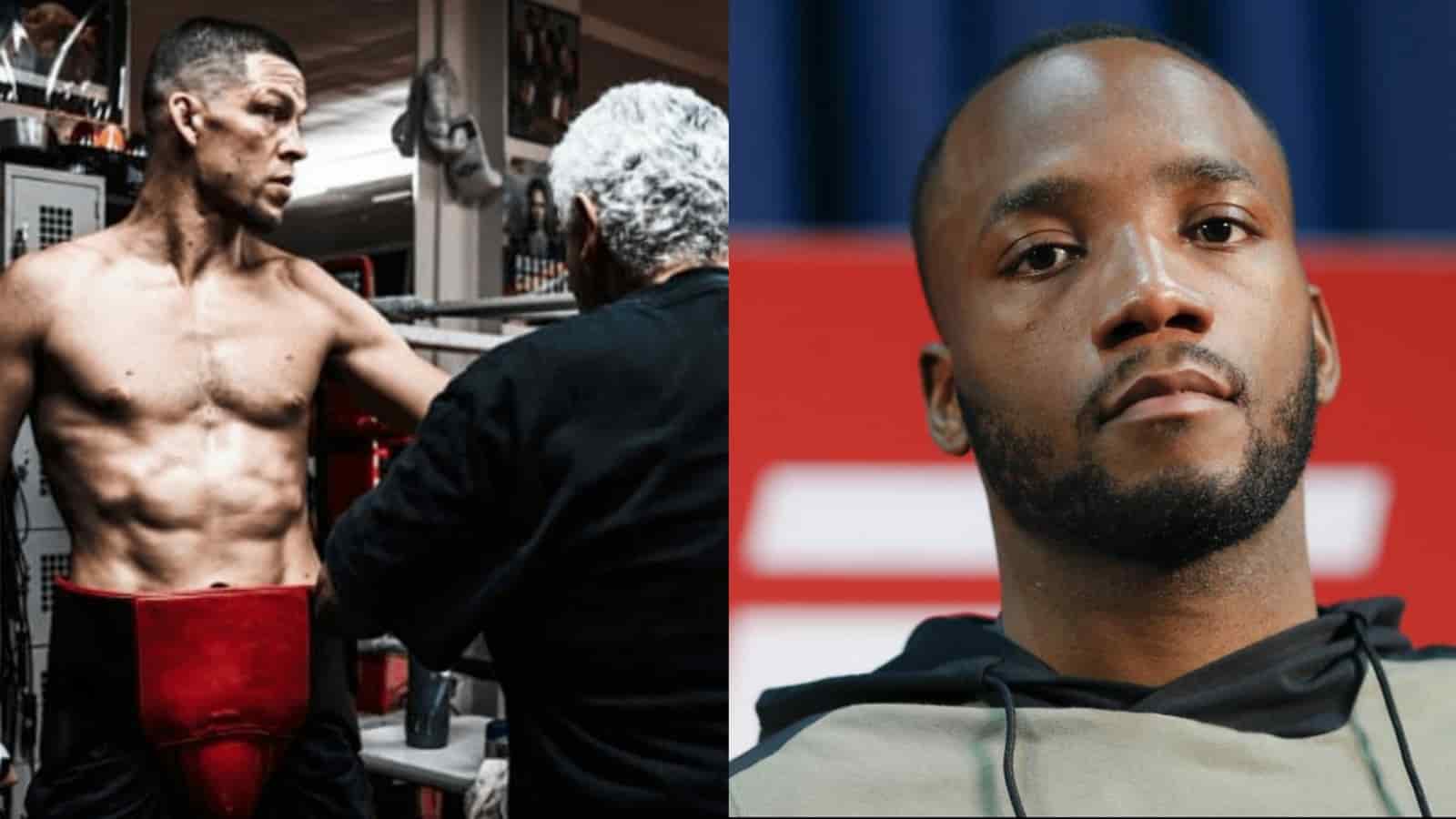 The very anticipated comeback of Stockton fighter Nate Diaz has been pushed to another event. UFC welterweight Nate Diaz was scheduled to make his comeback against Leon Edwards at UFC 262 on May 15 in a co-main event. The fight has said to be postponed as the fighter from California is battling a minor injury.

This news was first reported by Yahoo. The report was confirmed by the promotion itself. Nate Diaz last fought in the octagon at UFC 244 against Jorge Masvidal for the BMF belt which he ended up losing via technical knockout. The younger Diaz brother is a fan favourite and was expected to receive a wild welcome at UFC 262.

Meanwhile, Leon Edwards is one of the main welterweight title contenders and is looking to get a title shot. His last bout was very uneventful as it ended in a ‘No Contest’ after his opponent Belal Muhammad was eye-poked leading to stoppage. Leon has a record of 18-3-0 in his career and a 8-fight consecutive winning streak until the fight against Belal.

The fight between Nate and Leon has not been canceled but merely postponed to the next UFC card. UFC 263 that is headlined by Israel Adesanya and Marvin Vettori in a middleweight bout in the main event. Nate Diaz and Leon Edwards will be fighting a 5 round fight with no title at stake. UFC 263 is scheduled for June 12 in Glendale, Arizona.

The Leon Edwards curse passes on to the Nate Diaz fight

Leon Edwards is no doubt one of the best fighters in the welterweight division. But it is no doubt to say that he has been cursed everytime a fight is scheduled. It all started when he was scheduled to fight Khamzat Chimaev. The fight was canceled for 3 times as Leon first was affected with Covid and then Chimaev ended up being the victim to the virus.

The fight was later rescheduled with Belal Muhammad which was a huge fight for Belal. Leon ended up injuring Belal after poking him in eye. The injury ended up being very serious. And now the curse has affected the Nate Diaz fight as Diaz ends up getting injured before the fight. We hope that the fight doesn’t have any further disturbances.

Also read: Reports suggest Sean O’Malley and Louis Smolka matchup in the works for UFC 264; Henry Cejudo trolls the company for this fixture