The NBA 2021 Playoffs Round 1 has started and it has surely been living up to its hype. From individual battles to the crowd getting involved, to buzzer-beating climaxes, it has just been 2 games apiece and we have witnessed it all. However, the action is going to get a lot more intense, and one should surely be aware about the matches they should cling to this week.

So, do you want to know what games to keenly look for in this week’s 2021 NBA Playoffs and which game has the highest stakes on hold? Then you have landed to the perfect destination as we shall cover just the same.

With the series tied at 1-1, this matchup is going to be very interesting as the battle travels to the Staples Center in California.

With the Giannis Antetokounmpo-led side all set to take their revenge from the last playoff series, this could very well be the deciding game of this series if the Bucks emerge victorious over the Heat.

With Damian Lillard stamping his authority on the first game, the potential MVP, Nikola Jokic, left no stone unturned in leading his team to a resounding comeback.

With the latest controversy of a Knicks’ fan spitting on Trae Young, the Hawks have already stated their intention to attack New York Knicks mentally as well as physically in the remainder of the series. Could very well turn out to be a mouth-watering spectacle.

If the LA Clippers lose Game 3 against Mavericks in the American Airlines Centre, the road for many of their marquee superstars can be over.

With Donovan Mitchell’s return to the Utah Jazz roster, the leading team in the 2021 regular season were back to their best in Game 2. But will Grizzlies be able to counter their strategy in Game 3? only time will tell.

Joel Embiid looks in no mood to surrender against arch rival-Russell Westbrook-led Washington Wizards. This could very well be the end of the latter team from the playoffs or the rise of the ultimate comeback.

With the Big 3 in Brooklyn Nets finally getting aggressive to accomplish the ultimate goal, Game 4 at TD Garden between the Nets and Celtics could very well be the statement by the away team.

This could very well be the most entertaining series of Round 1 of the 2021 NBA Playoffs, with the stakes being raised so high by both the players as well as by the fans.

Also Read: “LeBron James Chasing No One in NBA”: Draymond Green hits back… 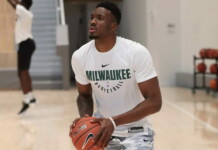 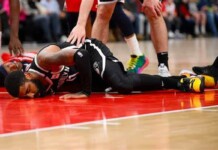