Russell Westbrook, who plays the point guard position for the Los Angeles Lakers, is having the worst season of his life. Once the face of Oklahoma City Thunder, where he won MVP in the 2016-17 season, now finds himself in a struggling Los Angeles team. He is having one of his worst seasons, averaging 19.5 points, which is his lowest since the 2009-2010 season.

It had almost become normal for him to average a triple-double, but that is slowly changing. One of the main reasons for this is him averaging a career-high 4.5 turnovers a game this season.

Russell Westbrook is making history, but not in a good way

Russell Westbrook now has 400 consecutive games with at least one turnover, and this is not a record any player wants under his name. Westbrook is a beast on the court. He is one of the most explosive players ever, but his reliance on speed and acceleration often leads him to play without much control. This year, he has been given an opportunity to play with one of the smartest players in the league, Lebron James, but he refuses to learn from his teammate.

Also read: “Pull your Socks up”- 3 Things that Russell Westbrook must do to remain at the LA Lakers

Russell Westbrook’s draw and kick game style often lead to turnovers, but the Lakers keep letting him do this. Many in the NBA community accuse him of having a low basketball IQ and blame this for the barrage of turnovers. Westbrook needs to slow his game down and think a little before executing plays. He is trying to do too much on the court, and this is not helping his team at all.

Westbrook is and always has been an amazing player, but he has also always turned the ball over, which is something he needs to address if he wants to lead the Lakers to a championship. 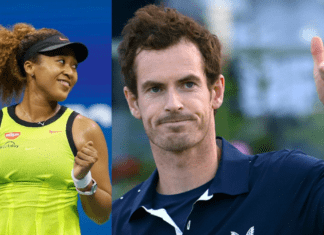 Parth Dubey - January 20, 2022
Naomi Osaka and Andy Murray were engaged in a very sweet back and forth on Twitter. After Osaka's second-round win on Wednesday Murray tweeted,...