Get to know all upon the top 5 underdogs entering the NBA 2021-22 Season here. As hoop fans all over the world will be aware, the festivity of the 75th edition of the NBA season is all set to begin from October 19. With the first couple of encounters already featuring the favorites like Los Angeles Lakers, Golden State Warriors, Brooklyn Nets among others is all set on the cards, the 2021-22 season will also feature some spectacular underdogs stories as the action on the court commences.

On one hand, where teams like LA Lakers have added multiple stars to their roster. While on the other, there are 5 underdogs entering the NBA 2021-22 season who has added some pieces to their roster in order to fill the missing void and compete among the best with their newly shaped team. Want to know which teams are we referring to? Then without further ado, let’s get straight into the details.

Domantas Sabonis, Malcolm Brogdon, Caris Levert, Myles Turner and T.J. Warren could be the main guys around whom Indiana Pacers shape up in the NBA 2021-22 Season. Moreover, the addition of players like Torrey Craig is only going to exceed the expectation of the team to improve their scoring prowess. As shown in the previous season, the Pacers are filled with tall players, wherein the majority of the scoring is done by Sabonis, McConnell being in the side, his abilities could provide immense support to the former scorer.

Coach Rick Carlisle comes in with a championship pedigree and knowing that this team managed to make it into the play-in tournament last time around where they lost to the Washington Wizards. Carlisle’s expectation will surely be to at least make the Indiana Pacers start on a positive note since the early days of the new campaign.

Tom Thibodeau’s Knicks were a powerhouse in the 2020-21 season as they were placed fourth in the Eastern Conference. Yet with Julius Randle and RJ Barrett leading the charge, the team failed to conquer past Atlanta Hawks in the first round. However, the inclusion of Kemba Walker and Evan Fournier will undoubtedly increase the scoring potential of the team. Yet it will mean players like Randle to be attentive at the defensive end even more.

Having made it into the playoffs for the first time since 2013, the New York Knicks will be looking to build upon their upward trajectory with their trump card, Derrick Rose. Whose role will be interesting to see if the Knicks were to upset the big teams.

A team filled with elite youngsters, yet haven’t been able to reach the playoffs in the past. However entering the NBA 2021-22 Season, this western conference underdog has added Grizzlies’ Jonas Valanciunas to improve the defensive dominance of their team. With the likes of Josh Hart and Jaxson Hayes being known for their attacking play, the Pelicans looks certain in what they are going to do in the upcoming season.

Furthermore, with Lonzo Ball being traded away to the Chicago Bulls, the team has focused upon Brandon Ingram and Zion Williamson to lead the charge. Will they be able to deliver upon the faith of their management? Remains to be seen.

Trae Young led Atlanta Hawks showed extreme passion in the playoffs last season. Having beaten New York Knicks and Philadelphia 76ers to make their way into the conference finals, this Eastern Conference team could build upon their momentum by making a good start in the new season against all odds.

Given that teams like Milwaukee Bucks and Brooklyn Nets have better roster than the Hawks on paper. Yet the management of the Hawks has showed trust upon their players as they offered John Collins a massive extension before the start of the season.

In the preseason matchups, Alex Caruso, Lonzo Ball, Zach LaVine, Nikola Vucevic, DeMar DeRozan led Chicago bulls showed glimpses of how dangerous this team could be. Chicago Bulls stands at the top of the 5 underdogs entering the NBA 2021-22Season list after building a team around their marquee dunker in the hopes of breaking their jinx to reach the playoffs this season.

Given that the Bulls were not able to reach the past the regular season in 2020-21 as they were highly disappointing in the second half. Players like Caruso are only going to help the core with their championship experience to maintain consistency. 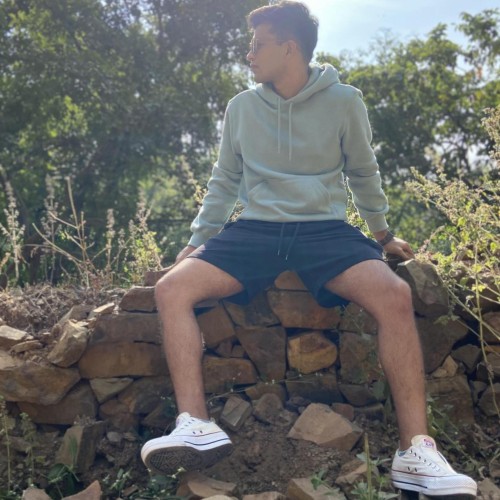 Yakshpat Bhargava
From being a football player to turning into a frolic sports enthusiast, Yakshpat has been a fan of every sport! When he's not on field, He's definitely on paper writing about his one & only love. Name a game and He'll name the rules! People say addictions are bad? He doesn't think so!