Read and know more about the Brooklyn Nets vs Chicago Bulls live stream. The Brooklyn Nets are still at the top of the Eastern Conference with a record of 15 wins and six losses. They have won four out of the last five games played.

The Bulls are coming into this game with an opportunity to dethrone the Nets from their position. They are second in the East with a record of 15 wins and eight losses following two back to back wins. Here is a preview of their seasons.

The Nets rank top five in the league in field goal percentage with an average of 46.8% recorded this season. The team scores an average of 109.6 points per game as Kevin Durant leads the team with 28.6 points, 7.5 rebounds and 5.6 assists shooting a staggering 53.9% from the field and 38.9% from three. James Harden leads the team in rebounds(8.0), assists(9.3) and steals(1.5) while averaging a much improved 21 points per game. Patty Mills ranks top five in the league in threes made with an average of 3.1 recorded per game.

The Bulls rank top five in the league in field goals and point differential as DeMar DeRozan continues to lead the Bulls with 25.9 points with 5.2 rebounds and 4.2 assists per game. Zach Lavine averages 25.3 points with 5.2 rebounds and 3.7 assists shooting close to three made shots from deep each game. Nikola Vucevic leads the team in rebounding as he averages a double-double of 14.5 points, 11.2 rebounds along with 1.1 steals and blocks per game. Alex Caruso ranks top five in the league in steals as he gets an average of 2.2 per game.

The Brooklyn Nets vs Chicago Bulls Live Stream will be broadcast at different times in different Time zones.

Fans can watch the match on NBA League Pass. The fans living in other countries can refer to the channels mentioned below to watch Brooklyn Nets vs Chicago Bulls Live Stream.

Having Joe Harris out is a big disadvantage for the Brooklyn Nets as he usually provides a big push on offense. Both teams have a chance at this the game regardless as even James Harden is starting contribute more on offense for the Nets.b Let us wait and watch. 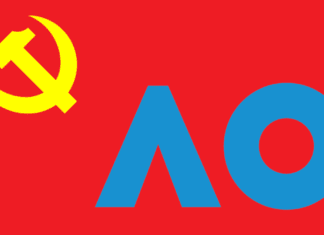 Parth Dubey - January 24, 2022
Australian Open 2022 hasn't been shy of controversies even before it began. Just when the whole Novak Djokovic controversy was coming to an end,...