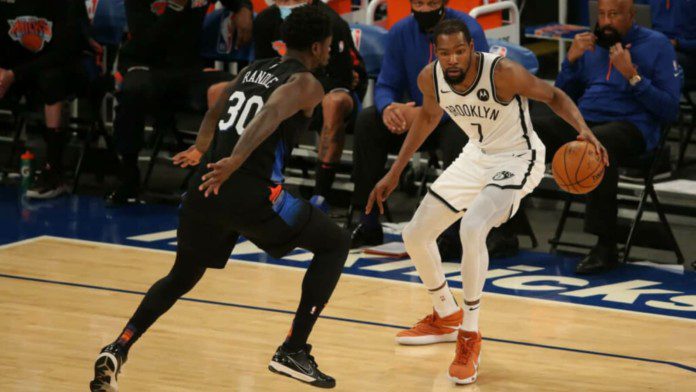 Read and know more about the Brooklyn Nets vs New York Knicks Live Stream. The Nets are seated at the top in the Eastern Conference with a record of 14 wins and six losses. Following their loss against the Phoenix Suns, many minds around the league beginning to question whether the team will make it to the end as finalists. Season has a long way ahead and there is a lot left to be seen.

The Knicks have been very good this season despite a few upsets. This team’s future is very promising as they are expected to make an appearance in the post season. They are seventh in the East with a record of 11 wins and nine losses. Here is a preview of both the New York teams’ seasons.

The Nets are top five in the league for field goal percentage and point differential. Kevin Durant leads the team averaging 28.6 points with 7.6 rebounds and 5.4 assists per game. He has the fifth best usage rate in the league and leads the league in points. James Harden has taken a slight plunge in scoring given that Kyrie Irving remains out. Her averages 20.3 points and 7.9 rebounds while being top five in the league in assists with 9.4 recorded per game. He had a triple-double against the Suns with 12 points, 13 rebounds and 14 assists. Patty Mills has risen has one of the league leaders for three made with 3.2.

Julius Randle leads the Knicks with 19.2 points, 10.2 rebounds and 5 assists followed by 14.6 points, 6 rebounds and 2.2 assist from RJ Barrett who is having a great season so far. Barrett has been great in transition and can shoot the ball well from three. Derrick Rose and Kemba Walker continue to be dominant from the arc. Rose knows how to cut through defenders and get to the rim.

The Brooklyn Nets vs New York Knicks Live Stream of the match will be broadcast at different times due to the difference in the time zones.

Fans can get access to the Brooklyn Nets vs New York Knicks Live Stream on the official websites with an NBA League Pass and also on the following platforms.

The Nets have a stronger set of players who can be the best in the league given the chance. The biggest advantage the Nets have is Durant’s consistency while playing. The situation surrounding the player can be better systematically. The Knicks have everything that it takes but need a push on offense. Given the high level offense nature of the Nets, they are the favorites to win the game.

Also read:“Nets have gone from a Big 3 to a Big 1”: Skip Bayless sympathizes with Kevin Durant; calls out Brooklyn after loss against Phoenix Suns 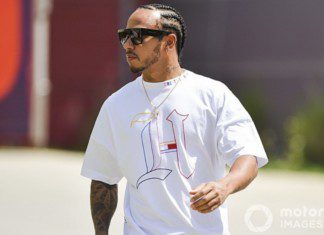