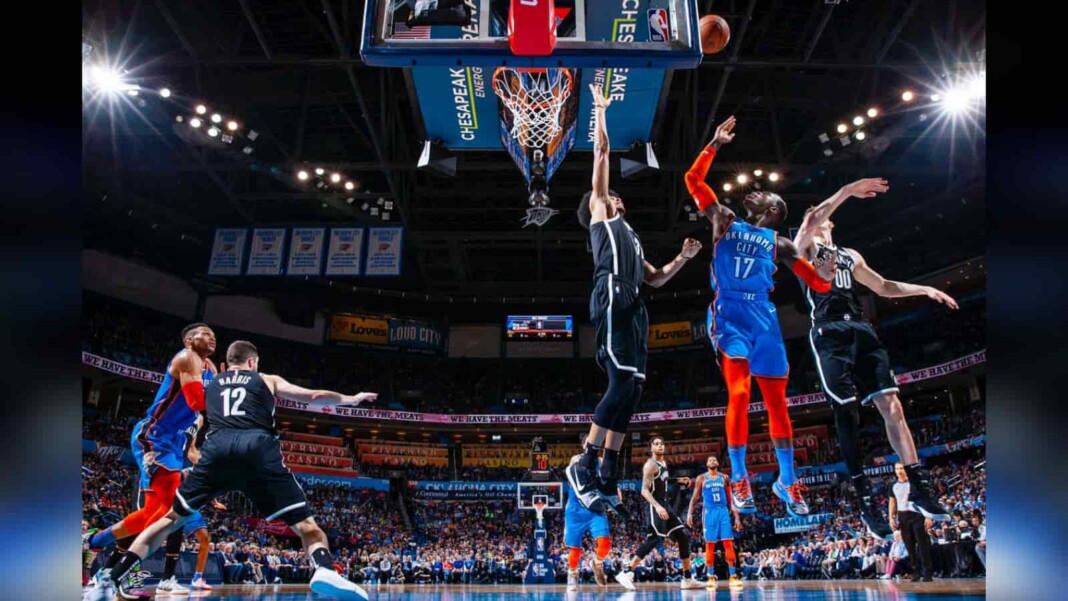 The Brooklyn Nets have been putting better performance than what they did at the beginning of the season. They are currently at 2nd in the Eastern Conference with a 9-4 score.

The Nets defeated the New Orleans Pelicans in their previous match by 120-112. The Pelicans are performing tremendously badly this season. They have just 1 win over 12 losses. But their performance against the Nets is praiseworthy. The pelicans managed to keep the Nets in a check and not let them win by a great margin. They lost to the Nets just by 8 points.

The Nets are one of the topmost favorites for this championship but their performance has been just not at par with their status and roster potential. Kevin Durant dropped 28 points, 7 rebounds, and 8 assists against the Pelicans. James Harden scored 39 points, 5 rebounds, and 12 assists.

With a score of 5-6, the City Thunder are 10th in the Western Conference. They squared off against the Sacramento Kings in their previous match. The Thunder won just by two points in Full-time by 105-103. The Kings had the lead since the first quarter but the Thunders performed well at the Clutch point and took the victory home.

The injury report for the Oklahoma City Thunder has listed:

The Players listed on the Injury are not suffering from any injury or illness. They are assigned to the Thunder’s G League-affiliated team, the Oklahoma City Blue.

The predicted Line-up for the Brooklyn Nets is:

The predicted Line-up for the Oklahoma City Thunder is:

The Fans can either watch it on Yes Network or can use NBA League Pass to also watch it live. The fan can also hear the live commentary on WFAN-FM. The other global channels which will telecast the Brooklyn Nets vs Oklahoma City Thunder Live Stream are:

The Brooklyn Nets are not to be underestimated but their inconsistent form has been putting the fans in a dilemma. But irrespective of everything, the Nets Kevin Durant and James Harden, two very celebrated players of the league. Their individual records are not to be ignored.

The Nets might win the match but the City thunder have also been performing well for the past few matches. They might give the Nets a tough time on the court but overpowering them seems a little distant for now.