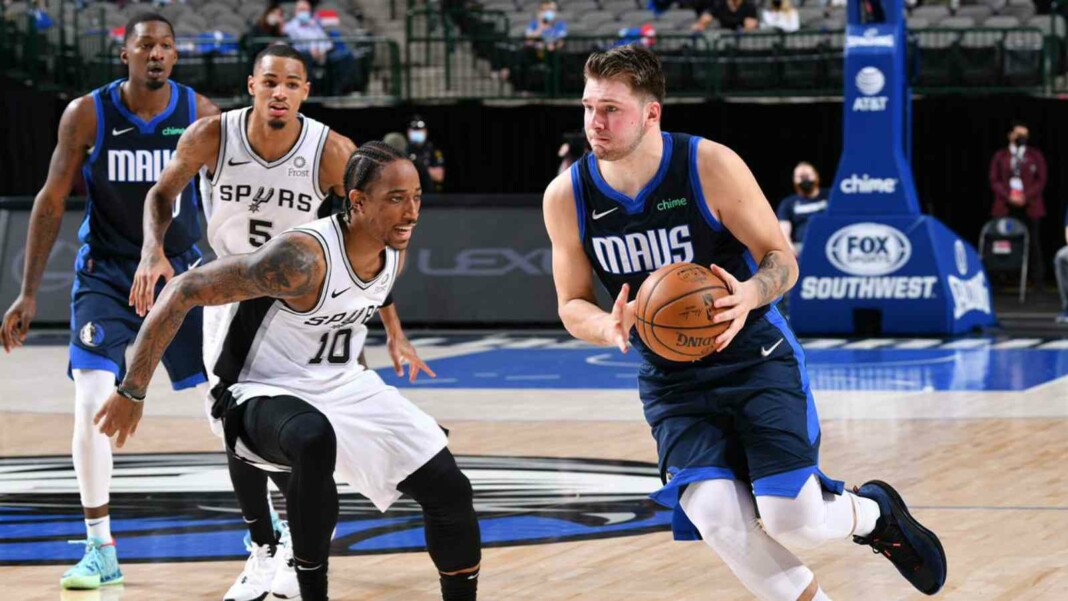 The San Antonio Spurs put up a great performance against the LA Lakers in their previous match. Though the match ended with the Spurs’ defeat they earned a lot of applause than boos. They lost by 4 points with a score of 121-125 against someone who is practically the most favorite team to win this season’s Trophy. Jakob Poeltl scored 27 points with 14 rebounds and no assists. Dejounte Murray, the star player for the Spurs scored 21 points with 12 rebounds and 15 assists, earning himself a triple-double against this season’s Hotshot the LA Lakers. The whole roster of the Spurs contributed to their amazing play.

The Dallas Mavericks won their last game against the Huston Rockets by 116-106. The biggest point contributor for the Mavericks was their Star plyer, Luka Doncic who dropped 26 points along with 14 rebounds and 7 assists.  Tim Hardaway Jr scored 16 points and 2 rebounds for the Mavericks.

The Dallas Mavericks would want to have their 3rd win and the Spurs are hunting for their 2ne win. It is gong to be interesting to see who will win this clash.

The injury report for the San Antonio Spurs:

The Injury report for the Dallas Mavericks is:

The predicted lineup for the San Antonio Spurs is:

The Predicted line up for the Dallas Mavericks is:

The fans can watch the match on Bally Sports Southwest or could also watch the match on NBA League Pass. The fans living in other countries can refer to the channels mentioned below to watch Dallas Mavericks vs San Antonio Spurs Live Stream.

The Spurs possess better chances at winnings this match. Luka Doncic maybe be a great player but so far in the season there hasn’t been anything that could impress the audience but the Spurs have put a great play against the Lakers, who are considered as the top contenders for this season’s trophy,  even if they lost.