Read and know more about the Dallas Mavericks vs Washington Wizards Live Stream. The Mavericks are slowly finding their way up towards the top three in the Western Conference. They are currently the fourth seed with a record of 10 wins and seven losses.

The Wizards have now lost two games in a row coming into this matchup. They are also the fourth seed but in the Eastern Conference with a record of 11 wins and seven losses. Their two back to back losses is what made them slip down from the top. Here is a preview of their seasons.

For the Mavericks, Luka Doncic leads them with 25 points, 8.4 rebounds, 8 assists and 1.4 steals per game shooting 43.3% from the field, 31.3% from three. Luka has been one the biggest driving forces for the Mavericks posing as a major offensive threat to his opponents. Behind Luka is his fellow European teammate Kristaps Porzingis who is playing fairly well for a backup option averaging 21.1 points, 8.2 rebounds and 1.5 blocks per game. Jalen Brunson and Tim Hardaway Jr.’s defensive style of playing helps pull back offensive players of their size.

The Wizards are one of the better teams in the league as Bradley Beal leads the team with 23.3 points, 5.3 rebounds and 5.8 assists shooting 42.7% from the field of an average of 20.6 attempts per game. Montrezl Harrell is having a really good season coming off the bench with 17.1 points, 9 rebounds and 0.8 blocks per game. He makes a strong option in rotation having the fourth best player efficiency rating in the league with 28.85.

The predicted lineup for the Dallas Mavericks:

The Dallas Mavericks vs Washington Wizards Live Stream will be broadcast at different times in different Time zones.

Fans can watch the match on NBA League Pass. The fans living in other countries can refer to the channels mentioned below to watch Dallas Mavericks vs Washington Wizards Live Stream.

Yet another tough prediction as both teams are exceptional on the offensive side. In terms of defense is where the Wizards have a better chance of dominating the Mavericks. The physical nature of Harrell makes him a perfect weapon within the paint for offensive rebounding and put back dunks. The Mavericks fair better from deep as even Porzingis averages two made threes per game as a big man with above average defensive power. It all comes down to the court as the game can go either way.

Also read:“It’s not about the triple-doubles no more!”- Kendrick Perkins expresses discontentment with Russell Westbrook 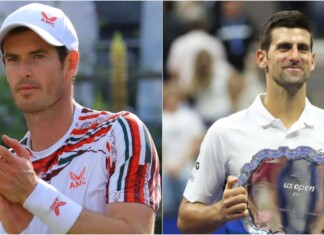 Nirmit Mehta - January 14, 2022
Andy Murray, three time Grandslam champion has been having some week in Sydney, as the Briton has reached the finals, after defeating Reilly Opelka...