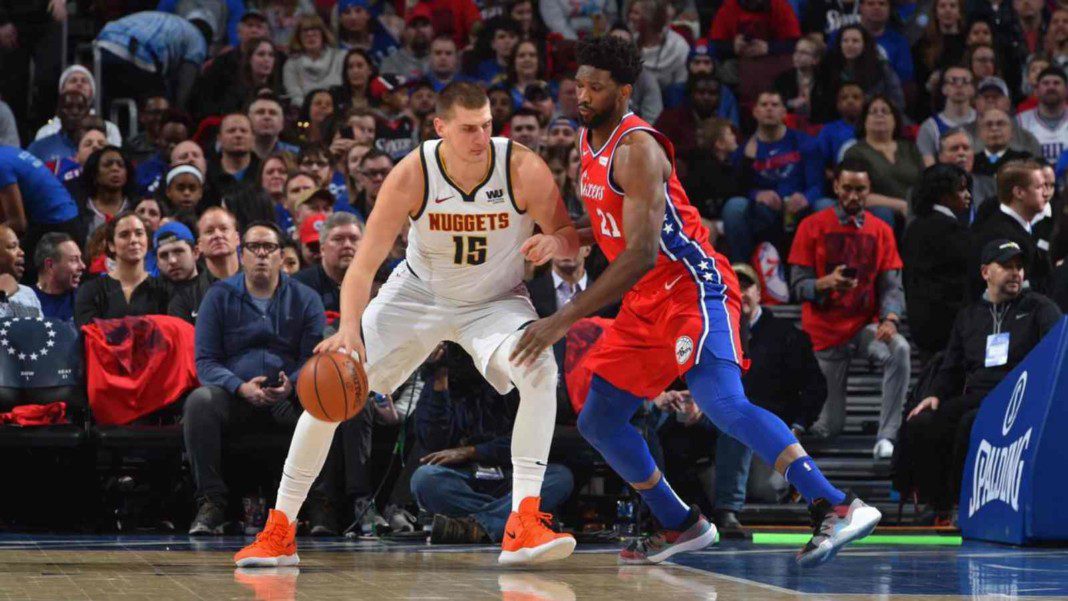 The Philadelphia 76ers has been having a rough patch as the Philly has hit a massive defeat slump. The Sixers have lost 5 of their straight games with no signs of improvement.

The Philadelphia 76ers met Utah Jazz in yesterday’s match where the Jazz blasted off the Philly boys by 120-85. Without Joel Embiid the 7666ers scattered on the court like bowling pins after being knocked down by the force of Utah Jazz. Shake Milton scored the highest for the Philadelphia 76ers with 18 points, 3 rebounds, and 4 assists.

On the other side, the Denver Nuggets have been impressed with their games. After a five game win streak, they lost to the Dallas Mavericks in yesterday’s game shattering their record.  Nikola Jokic dropped an amazing 35 pointer game with 16 rebounds and 6 assists. Aaron Gordon scored 14 points, 7 rebounds, and an assist for the Nuggets.

The predicted Line-up for the Denver Nuggets is:

The predicted Line-up for the Philadelphia 76ers is:

The Fans can either tune in to locally watch on NBC Sports Philadelphia and Altitude Sports or can use NBA League Pass to also watch it live. The other global channels which will telecast the Denver Nuggets vs Philadelphia 76ers Live Stream are:

The Denver Nuggets have an edge over the Philadelphia 76ers due to their consistent performance. The reigning MVP Nikola Jokic is not a cup of tea for the defenders. His welt built and great defensive skills along with his dominant offensive skills make him an unstoppable force on the court.

Also read: Kevin Durant is mesmerized by Stephen Curry’s performance in Nets vs…