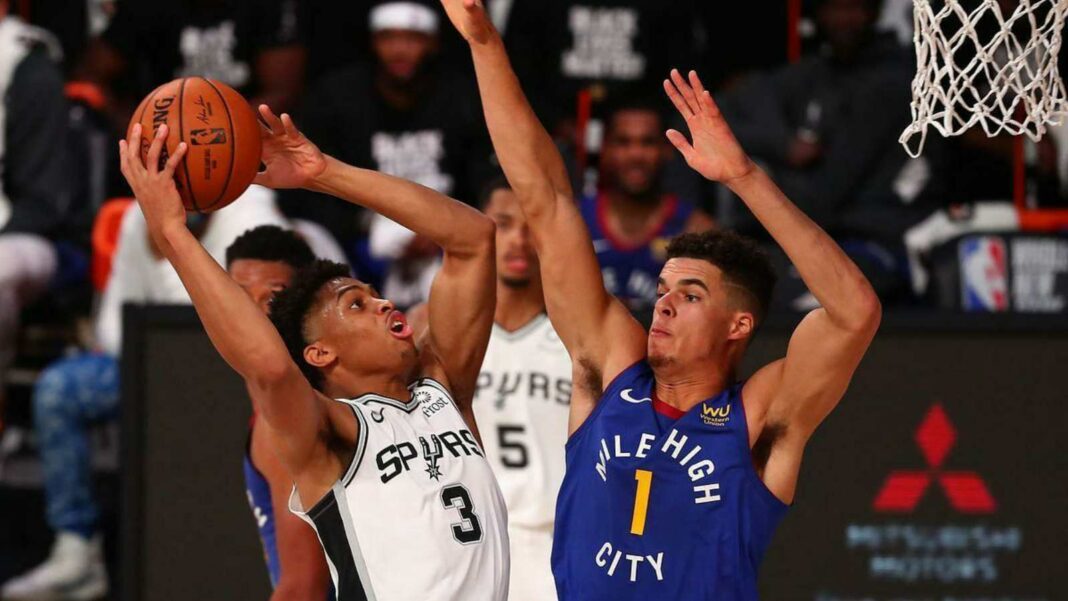 Get to know the Denver Nuggets vs San Antonio Spurs Prediction and Live stream. The Spurs will be traveling to Denver to be hosted by the home team, the Denver Nuggets. Both the teams have shown reformation in their play since last season. Both the teams have won their first regular-season matches by margin and are ready to compete against each other in their second NBA game.

The Nuggets did not have a great run at the preseason this year. They recorded one victory in 5 games. But yesterday’s game showed something else. The Nuggets defeated the Phoenix suns by 110-98 at the footprint Centre; Suns Home Court. This can be called the Nuggets reimbursement against the Suns for the last season where the Suns defeated the Nuggets in the Western Conference semi-finals by 4-0.

The Spurs recorded a 3-2 victory n the Preseason and shows a balanced performance. They defeated the Jazz, the Magics, and the Rockets. But the media has some other ideas. USA Today writer Charles Curtis ranked the NBA teams from most liked to not liked and the Spurs were listed at the cul-de-sac. But we can’t ignore that the Spurs are five times NBA champions.

The roster of the teams looks pretty good. The Nuggets will have Nikola Jokic, their star player, and the 2020-21 MVP on their side to help them the score. Nikola dropped 27 points, 13 rebounds, and only 2 assists for the Nuggets against the Phoenix Suns.

Jokic is the first Siberian player t be named the NBA MVP. It is a feat in itself. Denver’s Head Coach, Gregg Popovich even once called Nikola “a reincarnation of Larry Bird.”

Dejounte Murry is all ready to lead the Spurs as well. Murray dropped 15 points with 8 assists and 6 rebounds. Jakob Poeltl dropped 12 points along with 13 rebounds and 7 assists. In totality, the Spurs are showing great signs of a winning team but facing the reigning MVP comes with a lot of surprises.

For the Spurs, Zack Collins will miss the game because of an ankle injury.

The Predicted line up for the Denver Nuggets is:

The Predicted line up of the San Antonio Spurs is:

The Denver Nuggets will play the San Antonio Spurs on Saturday, October 23rd at the Ball Arena, Denver.

Where to watch the nuggets and Spurs in action?

The fans can watch Denver Nuggets vs San Antonio Spurs Live Stream locally on Altitude and CW35. The fans can also listen to the live commentary by tuning in at KKSE 92.5 FM and to WOAI/KXTN.

The official NBA telecast partners for showcasing the matches across the globe are:

Lastly we come onto Denver Nuggets vs San Antonio Spurs prediction. San Antonio’s possession of the ball in offense ranks 7th in NBA. But with Nikola and Aaron Gordon on the court, the Nuggets could wreak havoc. They can together dominant the offense and defense. Sometimes someone’s presence on the court is so big that the others get overshadowed by it.

But the Nuggets are coming off a victory over the Finalists of the last season. They are practically at their best game and are playing on the home game. The Nuggets may snatch the win away from the Spurs’ hand.