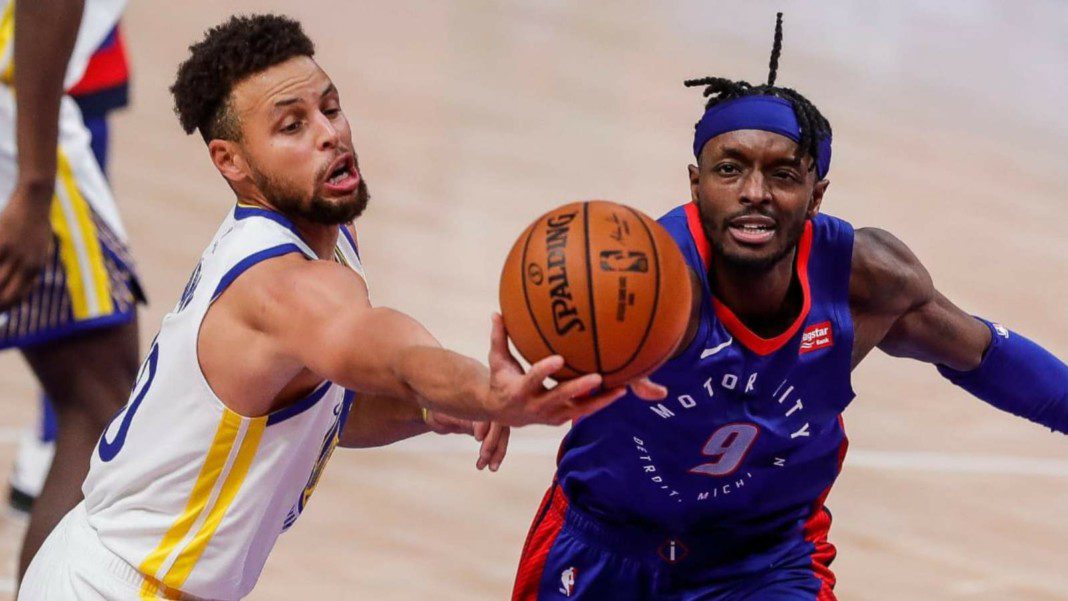 Read and know more about the Detroit Pistons vs Golden State Warriors Live Stream. The Pistons have won three of their last five games. They are currently 14th in the Eastern Conference with a record of four wins and 10 losses. A match up against Golden State will be a tough one to get by for Jerami Grant and Co.

It is not a hidden secret that both teams are polar opposites of each other. Had the Pistons made better moves in acquisitions then would have been in a better place now. The team averages 98.2 points per game with shooting averages of 40.8% from the field, a very low 29.5% from three and 76.8% from the line. Jerami Grant leads the team with 18 points, 4.3 rebounds and 2.3 assists per game. The first overall pick in Cade Cunningham is averaging a decent 13.7 points with 5.8 rebounds and 3.9 assists.

We all know exactly how the Warriors are playing this season as they lead the in offensive statistics as well as being the best rebounding team and second in points allowed. As a team they shoot 47.2% from the field (league best), 35.5% from three with Curry leading the league in threes made per game and 15 turnovers. Curry is averaging 28.7 points with 6.3 rebounds and 6.6 assists per game. Draymond Green has taken up the role of the main ball facilitator as he is averaging 7.9 rebounds, 7.1 assists and 0.9 blocks.

The predicted lineup for the Detroit Pistons:

The Detroit Pistons vs Golden State Warriors Live Stream will be broadcast at different times in different Time zones.

The fans can watch the match on NBA League Pass. The fans living in other countries can refer to the channels mentioned below to watch Detroit Pistons vs Golden State Warriors  Live Stream.

With Curry potentially seated out for the game, the Warriors are still strong enough to take the victory. Jordan Poole also has the ability to shoot the ball at a ridiculous rate and score efficiently. Draymond is one of the smartest players on the court right now and his presence and leadership will take this young core the distance in the absence of Curry.

Also read:“He has a lot to prove in the postseason”: Skip Bayless suggests Stephen Curry needs to prove his clutch ability

Also read:Deron Williams vs Frank Gore: First ever NBA vs NFL Pro Boxing match and all you need to know about it