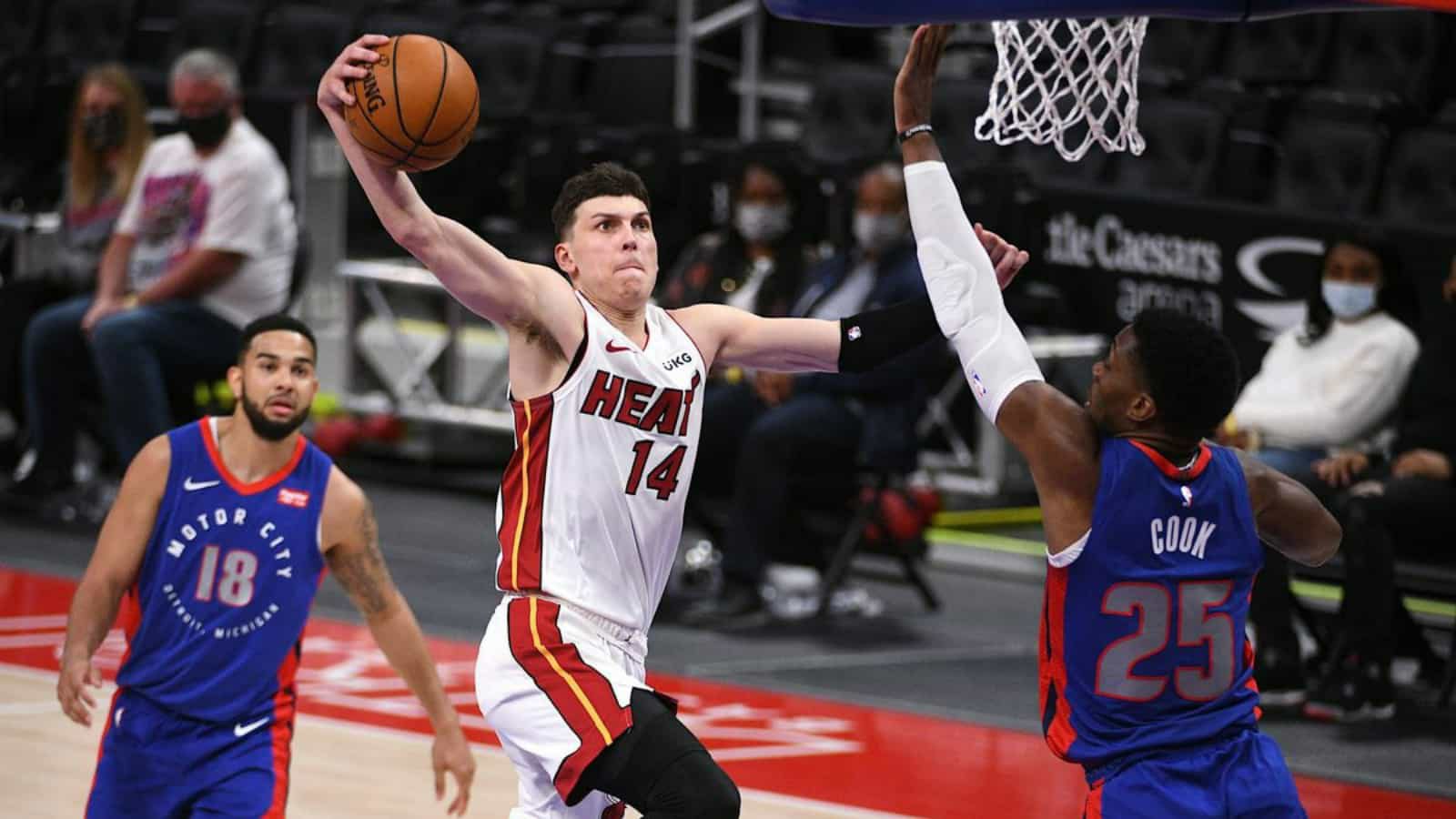 Read and know more about the Detroit Pistons vs Miami Heat Live Stream. The Pistons have been on the low for a while now and this season is no different. At the moment they have one of the worst records in the league with total of only four wins in 16 matches played so far. They rank second to last in the Eastern Conference.

The Miami Heat, who are living a completely opposite story being one of the most dominant teams in the NBA this season. It is no secret how powerful they are on defense and with Tyler Herro on the rise, it seems like a title run is most definite for this team. They are fourth in the East with a record of 11 wins and six losses. Here is a preview of both teams.

For the Pistons, Jerami Grant leads the team with 18.1 points, 4.3 rebounds, 2.3 assists with 1.2 steals and blocks per game. He is a 40% shooter from the field and 30% shooter from the arc. Right behind Grant is his rookie teammate, Cade Cunningham whom after a rather slow start to his career is slowly starting to show potential as he averages 14.2 points with 5.8 rebounds and 4.1 assists along with 1.2 steals per game. Cunningham definitely has room for improvement as his shooting percentages are comparatively lower to most on the roster. As a team they average 99.5 points this season shooting 41% from the field and 30.1% from three.

The Heat is top five in the league for field goal percentage, points differential, points allowed and rebounds. Jimmy Butler leads the pack with 25.1 points with 5.6 rebounds and 5.4 assist while recording 2.1 steals (fifth in the league) per game. Tyler Herro is averaging his best numbers coming off the bench with 21.6 points, 5.5 rebounds and 3.9 assists shooting 45.7% from the field and 39.5% from three. They average 109.8 points this season being comparatively better offensively than the Pistons, not to forget that they are one of the best defensive teams around.

The predicted lineup for the Detroit Pistons:

The Detroit Pistons vs Miami Heat Live Stream will be broadcast at different times due to the difference in the time zones.

The Miami Heat are more stronger on both ends with a mediator in the form of Kyle Lowry. The Pistons will have to put up a really good fight in order to win this one. The one thing they lack in experience and leadership, it was one mistake they made after letting go of three former all stars who on their team. The option of building around potential franchise players was almost non-existent for them. The Pistons roster has good players but not enough of inspiration.

Also read:“LeBron James is not a dirty guy”-Anthony Davis on the altercation between LeBron James and Isaiah Stewart during Lakers vs Pistons