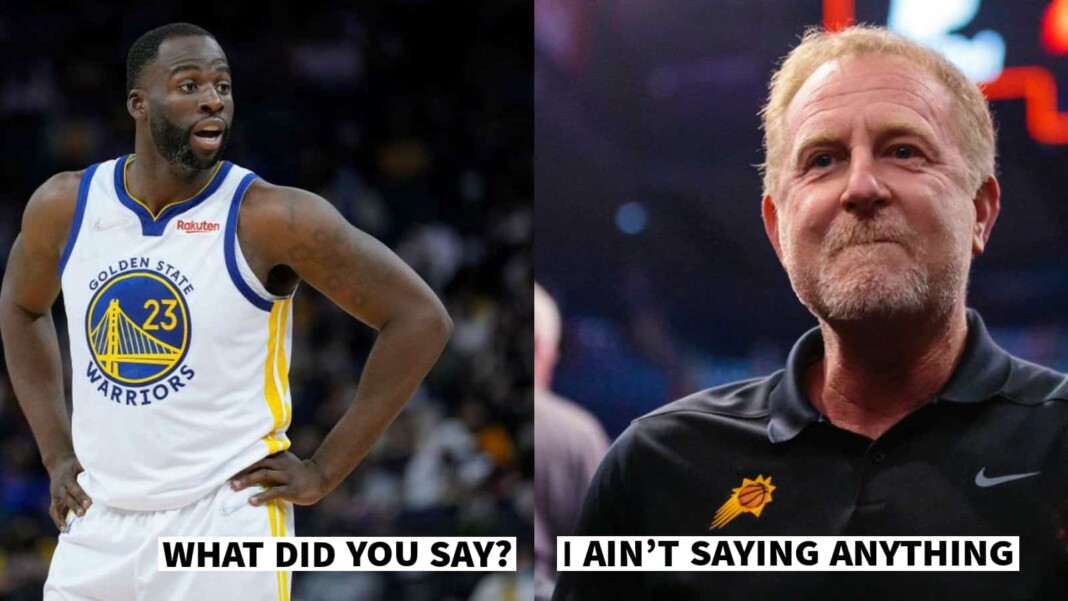 Golden State Warriors’ Draymond Green is yet again indulged in controversy but this time it involves a franchise owner, Mr. Robert Sarver. Sarver is the owner of the Phoenix Suns and Phoenix Mercury.  Sarver, 60, has always been encompassed with controversies regarding his misogynistic and racist outlook towards his employees but seems like this time the real trust will have to come out. The controversy may not be trivial enough like his past controversies to get brushed under the rug.

Draymond Green may not have imagined that his name would yet be in a controversy that didn’t even require his presence. The Phoenix Suns’ owner compares his liberty with Draymond’s while speaking the “N-word” in and out of the court.

The “N-word” is a form of the colloquial and informal term used amongst the black people for addressing each other but it is highly racist when a white man uses it.

And seems like Robert Sarver took this personally and brought it upon himself to use it. Even when constant reminders and requests were made to him to stop using it, Robert continued to do so citing,

“Why does Draymond Green get to run up the court and say” as reported by the Former Suns head coach Earl Watson in his interview with ESPN.

Though Robert has clearly refused to accept his racist comment a lot of Phoenix’s employees have come forward stating the same. Some even reported that he would repeatedly use the N-word and also vouched for hiring Lindsey Hunter stating,  “These [N-words] need a [N-word].”

This is shocking to see as Robert has always painted a picture for himself where he is a Businessman and a die-hard fan of the Phoenix Suns since he was a kid but a lot of things remain covered by a spurious portrait that he has painted.

Draymond Green took on Twitter to express his opinion about this situation.

He Tweeted, “Sometimes you have to see deeper than the surface. Always layers…”

Whether this cryptic message is a direct attempt at Robert Sarver’s being racist or how deceiving he has been to the people surrounding him we don’t know but he surely implies the very fact that people have multiple layers like an onion and what usually is perceived is not the reality rather a persona put up to delude the world. The NBA has launched an investigation after ESPN reported this offensive and racist behavior of Robert Sarver.