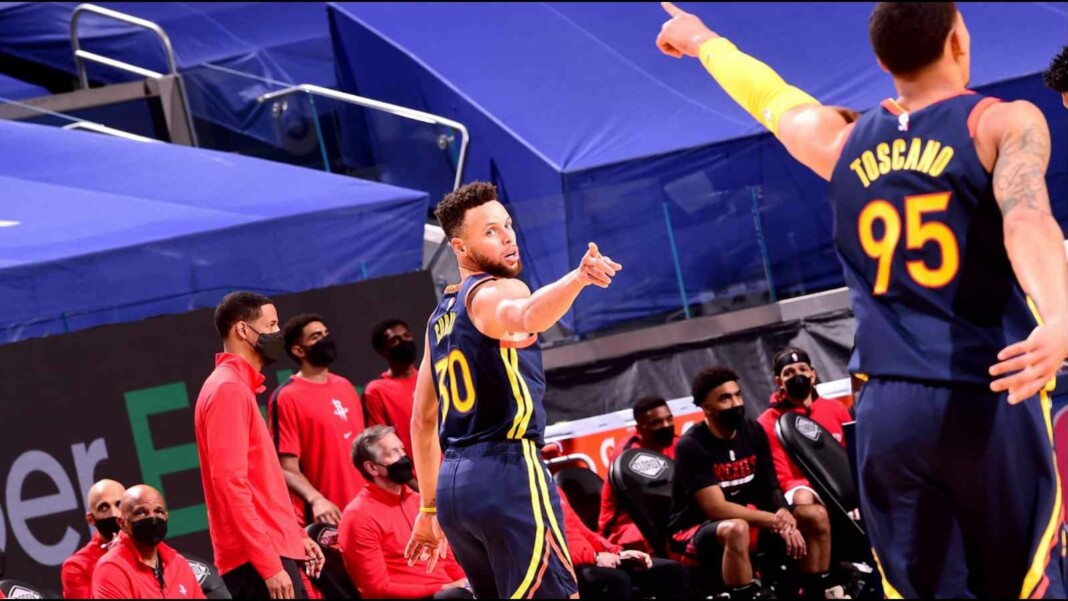 Read and know more about the Golden State Warriors vs Houston Rockets Live Stream. The Warriors are tied at the top with the Jazz in the Western Conference. They have won seven games out of the eight games they played. The Warriors have had an exceptional beginning with early wins giving them a head start to a very promising future moving into the season.

On the opposite side of the table are the Rockets team with seven losses (five consecutive) out of eight game played. Things are yet set firm among this team that has potential but no proper leadership or experience. Here is a preview to the game.

The Dubs have come forth with a bang, not Stephen Curry but from a young who goes by the name of Jordan Poole. He is having a breakout year leading the team in stats for the past two games. He is averaging 17.6 points, 2.4 rebounds and 3.3 assists with 1.4 steals shooting 45.9% from the field, 35.5% from three and 87.5% from the line which is significant leap offensively compared to last year. Curry leads the team in points with 25.8 points per game. He is tied for fifth in the league for scoring and leads the league in threes made per game. Draymond Green leads the team in other major categories being productive on both ends. For a Warriors team without Klay Thompson, they are very lethal at the moment.

Losing their stars was the worst thing that has happened to them. The Houston Rockets have struggled so far to cop a win and mainly lies in their lack of experience. Having lost All-Stars in Harden, Westbrook, Wall and Cousins all within a year and a half has led them to the worst. The team is very consistent in stats but they are not pushing further. Christian is their leader in points with 19.9 points per games along with 12.5 rebounds and a block (leads the team in both these categories as well). They do have to potential but lack the knowledge on how to use it.

The injury report for the Houston Rockets has listed:

The predicted starting lineup for the Golden State Warriors:

The predicted starting lineup for the Houston Rockets:

This match is set to take place on Sunday, November 7th 2021, 9:30 PM EST (Monday, November 8th 2021, 7:00AM IST) .The Golden State Warriors vs Houston Rockets Live Stream of the match will be broadcast at different times due to the difference in the time zones.

Fans can get access to the Golden State Warriors vs Houston Rockets Live Stream on the official websites with an NBA League Pass and also on the following platforms.

It is quite tough seeing the Rockets getting the Warriors. One of the team’s biggest requirements is to start playing more aggressively. Especially with Poole putting up numbers that he is and good leadership for the team in general under Curry, Igoudala, Green and Thompson will work miracles.