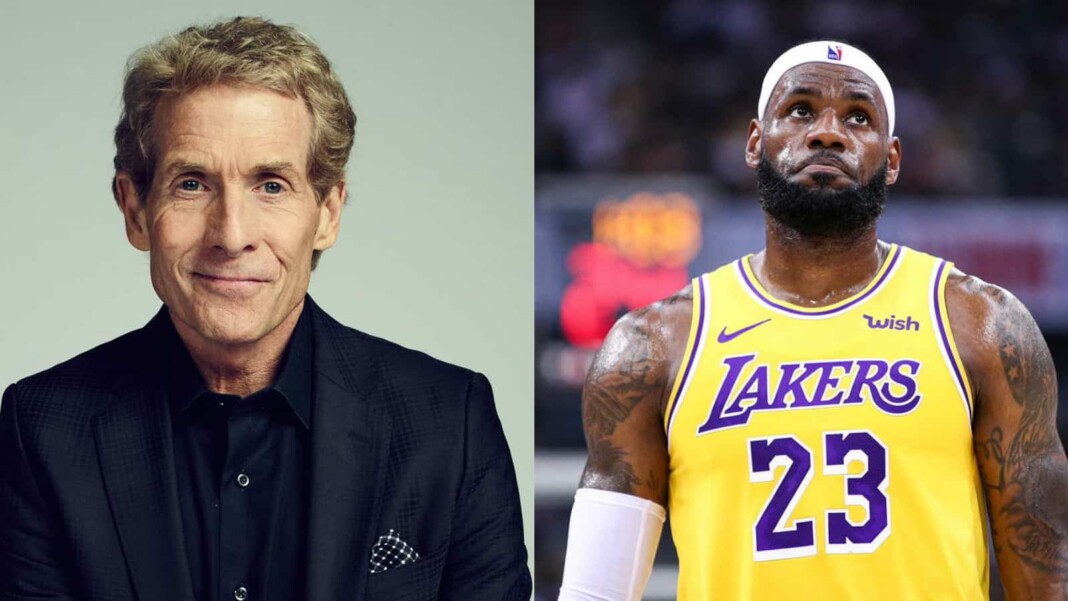 Skip Bayless is unhappy with Lebron James’ lil’ celebration on the court. The LA Lakers have lost their last pre-season NBA game against the Sacramento Kings and concluded their preseason games with a 0-6 record. Even though the Lakers dominated the 2, 3, and the 4 quarters but still fell short and couldn’t fill the point margin created by the Kings in the last quarter. The Sacramento Kings won by 116-112.

To those who are not aware, the star-studded Los Angeles Lakers which is going to be led by LeBron James has suffered a 0-6 washout in the preseason, which many feel is not a major concern.

Skip Bayless, a sports columnist, took his Twitter to showcase his displeasure against LeBron James’ 3-pointer celebration and calls it “mean-mugging.”

Early in the 4th quarter, James went on to hit a 3 pointer which he celebrated as others do. The celebration may have gotten the LA Lakers’ roster and fans hyped up but Skip Bayless wasn’t happy. The level at which LeBron James is makes people expect too much of him. Since Jordan departed from the league people have made LeBron their next super player. But we should not forget at the end of the day that it should be a match that the players should enjoy.

Basketball is a very hyped sport. The adrenaline rush is at its peak inside the court and celebration becomes a part of it.

Some fans on Twitter are obviously not happy with these types of comments that intend to demean and disregard a player if they are winning and would ornament a player with lustrous words if one is on the winning side.

Throughout the game, we could see LA Lakers dominate sections of particular quarters but in totality, the team didn’t shine. Mis-matched passes and lack of coordination could be seen in the LA Lakers team. Even with the most anticipated trio on the court, the LA Lakers’ performance was still below their potential line. LeBron James scored 30 points with 6 assists and 6 rebounds. Anthony Davis and Russell Westbrook dropping 14 and 18 points respectively.  On the other hand, the Sacramento Kings has a very nicely built and balanced team. De’Aron Fox dropped 21 points with 5 assists and 3 rebounds.

The LA Lakers are to face the Golden State Warriors in their season opener on 20th October. The fans are surely excited to see the former NBA Championship holders compete against each other.