Russell Westbrook is once again in the headlines amidst the Los Angeles Lakers’ dreadful season. Following his low contribution to the team, he’s being utterly cornered by the Lakers fans and being thrashed for the same.

On Christmas Day, Los Angeles Lakers went down against the Brooklyn Nets by 122-115. Even without Kevin Durant the Nets went on to knock the Lakers out of the game and proved the ability of the current remaining players.

After the game on Monday Westbrook told the reporters that he personally thinks he’s been playing “fine”. As he quoted “Honestly, I think I’ve been fine. The conversation has been heavily on how I’m playing and what I’m doing, but I think people are expecting me to have f—ing 25, 15 and 15, which, that is not normal. Everybody has to understand, like, that’s not a normal thing that people do consistently.”

Westbrook is averaging 19.6 points, 7.9 rebounds and 8.1 assists this season and is actually shooting 45 percent from the floor, which is pretty decent for the stat line. He’s been recording triple-doubles frequently this season but the problem that actually persists is that he is the leader in causing most turnovers in the league.

There is no doubt that Skip Bayless is a recurrent Lakers hater but this time, somehow, he is not wrong. If in any way Westbrook thinks that his current form for the team is beneficial, then probably the Lakers are periodically screwed. Though his flaws are minimum damage it certainly costs more in the long run and the previous records show the same, following the Lakers standing at the seventh position on the Western Conference roster.

Talking about the same Skip Bayless said “All of us in the media should take a little responsibility for gushing and idolizing his triple-doubles. That’s flat-out losing basketball.”

Skip further goes on to say that the Lakers are continuously defending Westbrook and even LeBron James on the post-game interview defended the Lakers point guard. Remarking on LeBron’s comments Skip said “I’m fine with that, well I don’t think he’s fine with that at all, but I think he’s swallowing it right now because there is still too much season left”

Skip talking about Westbrook’s ball-handling skills says, “The more I watch him, the more I realize he’s actually got bad hands, there’s no steady sturdy handle on Russell Westbrook”

Though Westbrook is statistically “okay” but he still doesn’t offer enough to his team to win the games. The Lakers are paying enough to bring the best out of Westbrook out of championship expectations but the one-time MVP thinks that he’s playing just “fine”.

Also read: “He owns both LA teams”: James Harden Stirs the pot while… 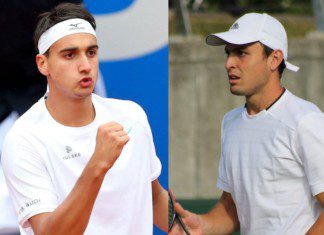